The Dalles sued The @Oregonian 13 months ago to keep Google’s water use secret. The city gave up this week and handed over the records.

Here’s what they show about 10 years of data center water consumption – and what watchdogs and Google say about it.https://t.co/87mZy6npqJ

When the residents of The Dalles, Oregon, attempted to figure out precisely how much of their water was being used by the local Google data center amid a drought affecting over 540,000 residents in the state, the city sued on the company’s behalf to keep the amount a secret.

That lawsuit was dropped this week and with it the veil hiding the full extent of Google’s water consumption.

Fresh, clean water is one of the most precious resources on Earth — but today, it’s being consumed faster than it can be replenished.

Google is committed to replenishing more water than we consume by 2030. We’re also dedicated to raising our standard of water stewardship, improving water quality and security, and restoring the health of ecosystems in the communities in which we operate. 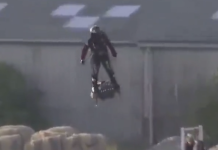