A measure slipped into the Democrats’ $1.7 trillion omnibus spending spree ends a program to provide Americans with taxpayer-funded crack pipes.

“Tucked on page 3,128 of the nearly 4,700-page bill is a provision that says federal dollars cannot be used to ‘purchase, procure, or distribute pipes or cylindrical objects intended to be used to smoke or inhale illegal scheduled substances,’’” The Washington Free Beacon reports.

The language mirrors a proposal by U.S. Sen. Marco Rubio, called the “CRACK Act,” which would have a proposed $30 million Biden administration plan to use taxpayer funds to buy so-called “safe smoking kits” for drug addicts.

“Most people would agree their tax dollars shouldn’t pay for crack pipes. Sending drug paraphernalia to addicts is not the answer. It’s just common sense. Thankfully, my CRACK Act is buried in this 4,155-page spending bill,” Rubio tells the Free Beacon.

“It will now be against the law to use taxpayer dollars to purchase, procure, or distribute pipes or cylindrical objects intended to be used to smoke or inhale illegal drugs. It’s good policy and I expect it to become a new annual rider included in every appropriations bill moving forward.”

The Biden administration initially denied proposing the kits until confronted with the language of their proposal.

A spokesman for the U.S. Department of Health and Human Services told Fox News the kits also included pipes for smoking crack cocaine and other drugs.

The funds were provided under Biden Executive Order 13985, titled “Advancing Racial Equity and Support for Underserved Communities Through the Federal Government.”Donny Ferguson is a professional fundraiser and organizational manager. Born and raised in Texas, he has lived in Washington, D.C. for 16 years. Ferguson also served as Senior Communications and Policy Adviser in the United States House of Representatives, operating one of Capitol Hill’s most effective media operations. 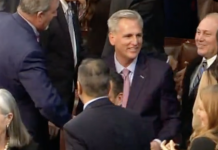 Goodbye Nancy! Hello to New Rules for the Swamp 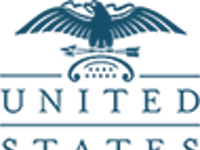 Guess Which Republicans Voted Against Reinstating Military Members Discharged for Refusing to Get Vaccinated?