Home Way of Life It's just cool Sassy with Massey – He’s on a roll this week!

The Congressman’s tweets tickled me and I wondered if you would share the amusement. I love the shut down of the reporter in the second one. But what they do when shown together is shine a bright light of commonsense on Washington which is found wanting.

To be clear, when they say classified documents “found at Biden’s private office,” they mean found at Penn Biden Center for Diplomacy and Global Engagement, a think tank funded with millions of dollars from China. https://t.co/DwULesJ6hu

Because COVID shots don’t provide immunity, they don’t even meet the widely accepted definition of a vaccine.

I would argue that lawmakers who created federal laws limiting liability for vaccines did not intend for their laws to cover these shots. pic.twitter.com/LsYlyI4Bj9

When the vaccines debuted in December of 2020, CDC immediately began lying about the effectiveness of COVID mRNA shots compared to natural immunity.

This video is from 18 months ago.pic.twitter.com/tjTBdk0a4V

I introduced HR 185 to end the COVID-19 vaccine mandate placed on international air travelers to the United States. Thank you to cosponsors @RepMaryMiller, @RepRalphNorman, @congbillposey, @RepGregSteube, @RepBrianMast and @RepCloudTX. https://t.co/ma1fypSDq7

I wanted to believe this legislation was satire from @TheBabylonBee, but it’s not.

Thank you @FreedomWorks for calling out this terrible idea.https://t.co/EoqPrRHPYu 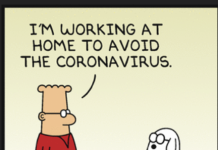 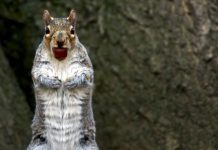