Recycling is now an industry that uses increasingly expensive labor to produce materials that are worth less and less. China is no longer prepared to be the trash bin of the world, transportation costs are escalating and the return on recycling investment is nil.

Even Greenpeace has finally acknowledged the truth: Recycling plastic makes no sense.

This has been obvious for decades to anyone who crunched the numbers, but the fantasy of recycling plastic proved irresistible to generations of environmentalists and politicians.

They preached it to children, mandated it for adults and bludgeoned municipalities and virtue-signaling corporations into wasting vast sums — probably hundreds of billions of dollars worldwide — on an enterprise that has been harmful to the environment as well as to humanity.

It’s time to come to terms with it. In an attempt to conserve resources we should consider all-time habits such as reuseable containers, such as milk bottles. Using paper and the new corn “plastic” products for packaging. There are a gazillion ways we can save the earth from pollution if we start earlier in the chain. However, we cannot let the Greens get their filthy mitts on this policy as they will prevent us from using anything to store foods other than a woven basket and a hand-thrown pitcher!

In New York City, recycling a ton of plastic costs at least six times more than sending it to a landfill, according to a 2020 Manhattan Institute study, which estimated that the city could save $340 million annually by sending all its trash to landfills.

The environmental price has also been high because the plastic in American recycling bins has gone to developing countries with primitive waste-handling systems. Much of it ends up illegally dumped, burned (spewing toxic fumes) or reprocessed at rudimentary facilities that leak some of the plastics into rivers. (NYPost) 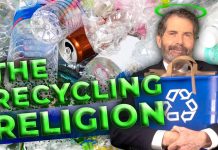 Look: After Years of training us to ♻️ – it’s all a farce! 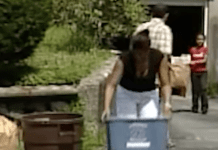 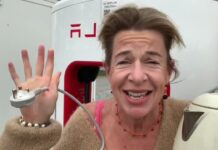