If all other sink and toilet drains are open the
blockage is probably local.

1. Check the stopper for accumulations of hair, soap and
other foreign material. If a plain rubber stopper is
used the accumulation is probably on the grate in the
drainpipe just below the stopper. Proceed as described
for slow emptying lavatories.

2. Some mechanical stoppers can just be pulled out,
others can be lifted, turned and raised, still others

require disassembling the unit. Take the stopper out and
remove all hair and foreign material.

3. If the stopper will not come out you have a more
difficult problem. Remove the trap below the sink as
described in Step 4. Also remove as much of the pipe to
the bowl as possible. Now use a wire with a short hook to
clean the hair out by working both from below and above
the sink.

4. After the bowl drain is free, remove the bottom of
the trap below the lavatory by turning the two large
nuts. The nuts are on the pipes too so turn them counter-
clockwise as you look at them from the pipes. Be sure to
put a bucket under the trap to catch the water which
accumulates in the trap. Clean out the trap with hot
soapy water.

5. Insert a plumber’s “spring snake” into the drain pipe
and turn it as it goes into the pipe. There is usually a
hook on the tip which will catch on whatever is in the
pipe. If and when you feel it catch, pull it back out. Do
not try to push it through. Usually a plumbing fixture is
within 5 or 6 feet from a vertical pipe so if the snake
goes through to this pipe you can feel it on the snake
and the system should drain. 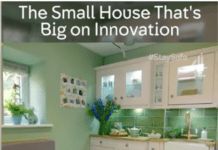 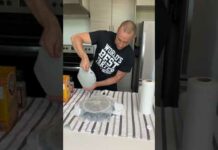 How to Magically Clean the Bottom of a Pan