Home Survival Self-Defense You should know this: How to avoid looking like a victim 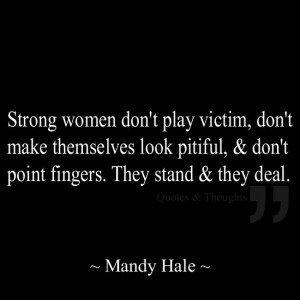 Don’t let an attacker start on you

Are you like a weak animal just waiting to be preyed upon? Is there a “Hurt Me” sign on your back that’s clearly visible to a skilled and violent attacker? Are you dead easy prey for an attacker?  You are about to learn some very simple tricks and techniques that can stop an attacker unbeknownst to you before he begins his attack.

Begin by taking a few moments to look at the way you walk when you are in public. Do you walk with confidence? Attackers don’t like attacking confident people.

Because a confident person just might hit back- hurt the attacker.

Attackers don’t mind hurting people; in fact it can be said that they even get great pleasure from it. However, being the cowards that they are, they can’t stand the idea of themselves being hurt. So when they pick a victim, they always look for a person who is most likely going to panic and go to pieces. This makes it really easy to take control. Attacking a confident person would be a big mistake. After getting hurt, an attacker would consider that attack to have been a big mistake! He will then ask himself one important question before he attacks someone else:

He carefully selected his victim, believing that he/she was weak – an easy target. Head down, shoulders down and rounded, body slumped forward, and walking slowly. Easy prey are alone and in their own little world, with a look of shyness about them.

In the wild, weak animals are selected and eaten by hungry predators simply because they’re easy prey. Being weak makes them slower and less likely to put up much of a fight. The same is true for people in our so-called civilization.

If you look like a victim… you probably will be!

“What can I do to make myself look like the head-of-the-pack, rather than a predator’s next lunch?”

You can be or appear to be confident in the way you move, and don’t show fear (don’t look tense).  There are a lot of people out on the streets right now who are terrified of being attacked. They’re subconsciously sending out very clear “I’m a good victim” signals to attackers. Attackers are a bit like dogs in that they can sense fear, and a good victim.

“How do I stop or reduce signals of fear?”

A silly yet simple technique

When you’re walking around in public, pretend that you are wearing a cape. Yes, that’s right, a cape. Just like the ones Superman and Batman wear.

Try this now: Get up and walk around the room you’re in right now, and imagine you are wearing a nice color-coordinated cape. Imagine it lifting up and flapping around in the breeze you are creating as you walk. Don’t let it touch your legs… keep moving! Your walking style should appear slow and relaxed.

You haven’t tried it yet, have you?

Go and try it now… I’ll wait! Go on, get up! It won’t take long and it’s about time you stretched your legs, anyway!

It’s simple, it’s silly, but it does work… right? It gives you a lift and makes you feel as confident as Superman! How many attackers would be dumb enough to attack Superman? Not many!

Simply walking around as if you’re Superman (don’t actually wear the cape), will be a huge turn-off for an attacker. As a positive side effect, you’ll feel great doing it!

Some more do’s and don’ts:

The Squirrel says: As you have learned, it is possible to make yourself look “too risky” in the small mind of an attacker. When you are out on your own, remember to take your cape. It will make you feel confident, look confident, and you will be unattractive to a predator on the prowl.

“Are you pleased to see me or is that a gun in your pocket?” aka ‘My Everyday Carry Gear and Why It’s “Wrong”‘

Not just in Philadelphia! Car jackings like this one are up everywhere!