Home Government Busybodies A New Car Will Cost You at Least $3,800 Extra Because of...

They will always find a way to rob you blind.

In another guest post from The Daily Signal out of Heritage Foundation, there’s this interesting piece. 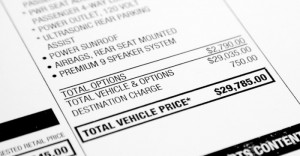 When Congress and the Obama administration passed and implemented extremely strict fuel economy regulations, the Environmental Protection Agency (EPA) claimed that it would save consumers a few thousand dollars on gas and add only $948 to the price of a new car.

The most modest of the independent estimates works out to $3,800 per vehicle, even after the fuel savings are taken into account.

Three teams of independent economists and engineers went up against the EPA’s analysts—finding much larger costs and smaller benefits. The most modest of the independent estimates works out to $3,800 per vehicle, even after the fuel savings are taken into account.

So whose predictions were more accurate?

Although we don’t know how prices would have changed if regulations had been left alone, there are several trends that all moved together before the law was changed in 2007.

So what happened? Several of these trends showed turbulence during the 2008-2009 global crisis but then resumed their downward paths. The exceptions were car prices in the U.S. and Canada, which enacted similar new, more stringent fuel economy standards. In a recently released Heritage Foundation research paper, we’ve compared the recent price trends to the scholarly predictions and found that if U.S. vehicle prices had followed one of the comparable trends, cars would be between $3,975 and $7,140 cheaper today than they are. This massive expense buys very little change in global warming: less than two hundredths of a degree, according to the Obama administration’s own estimate. Salim Furth, Ph.D., researches and explains how public policy affects economic growth as a research fellow in macroeconomics at The Heritage Foundation’s Center for Data Analysis. Read his research.