Home Survival Self-Defense These Are the Tools We Need to Win the Long War Against... 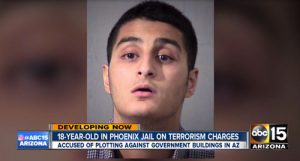 Commentary on the recent attacks in France. As self-reliant people we must prepare for the worst, but how do we deal with this global threat at a local level AND preserve the protections of the Constitution? David Inserra has some suggestions.

After the horrible terrorist attack in Nice, France, millions of Americans, Frenchmen, and others around the world are probably asking themselves what can be done to stop the seemingly unending wave of deadly Islamist terrorist attacks from Dhaka, Bangladesh to San Bernardino, California.

These attacks have been conducted using explosives, guns, and now an ordinary vehicle. Here in the U.S., Islamist terrorists have plotted or attacked the U.S. 25 times since the start of 2015, by far the most active period of terrorist activity since 9/11.

Now is not the time for a knee-jerk response, but it is time to take a serious appraisal of the threat and what we can do to stop it here at home.

The U.S. has faced 89 Islamist terror plots or attacks against the homeland since 9/11, with over a quarter of those occurring in the past 18 months.

Seventy-eight of these plots involved a homegrown, U.S.-born terrorist. Eleven plots have been successful, leaving 91 Americans dead while wounding and terrorizing countless more. Five of these successful plots have been in the past 12 months and have killed 68 Americans. Of course, if it were not for the work of our law enforcement and intelligence agencies, other plots would have succeeded, likely killing thousands more.

It is this reality of both success and failure that should drive our future efforts. Our greatest successes have been hard-fought victories achieved through difficult police work and the vigilance of our intelligence community. Undercover agents, wiretaps, examination of computer data, and many other tools have been essential to stopping Islamist terrorists. When we have failed to stop an attack, we often ask why our police and intelligence agencies failed to recognize and stop the threat.

Our greatest asset in preventing terrorism has been, and must continue to be, our law enforcement and intelligence communities armed with the tools and resources they need. Since 9/11, the U.S. has taken important steps in this direction, but we must continue to improve and refine these tools.

This does not mean our government can ignore our rights under the Constitution. Every program and law must meet constitutional scrutiny. But this does mean that within the bounds of the Constitution, strong and proactive investigatory tools should be given to our security forces with careful oversight from all branches of government.

In so doing we can maximize both our security and our liberty, rather than trading one for the other.

Aided by efforts in community outreach, counter radicalization, improved sharing between the FBI and local law enforcement, and other preventative approaches to terrorism, the U.S. can stop more terrorism before its strikes.

Thoughts? Please leave them in the Comments section below. Squirrel fan mail: How to build a homemade compass