Two men suspected of starting a wildfire last year that scorched 40 square miles of Oregon forestland could soon get a bill for at least $37 million.

The Oregon Department of Forestry says they’re still finalizing firefighting costs for the 2015 Stouts Creek fire that burned east of Canyonville. The agency will send a bill once that’s done.

Investigators spent months trying to pinpoint the cause, and their research ultimately pointed to the same men: Dominic Decarlo, 70, of Days Creek, and Cloyd Deardorff, 64, of Yuma, Arizona.

The cause? Their lawnmowers.

The Oregonian reported that fire investigators believe the men used their lawnmowers during hours prohibited by fire restrictions when the blaze started July 30, 2015.

Kyle Reed with the Douglas Forest Protective Association (Photo credit) says the men were cited for unlawful use of fire. Decarlo paid $110 in fines and Deardorff paid $440.

The Squirrel says: Fire season requires residents to be at a heightened awareness for the dangers of wildfire. Your local fire agency takes every precaution to help protect you and your property from fire. However, during a large wildfire, there may not be enough fire engines or firefighters to defend every home. Successful preparation requires you to take personal responsibility for protecting yourself, your family from the dangers of wildfire.
Ready- Be ready
Be Firewise. Take personal responsibility and prepare long before the threat of a wildland fire so your home is ready in case of a wildfire. Create defensible space by clearing brush away from your home. Use fire-resistant landscaping and protect your home with fire-safe materials.  Assemble emergency supplies and belongings in a safe place. Plan escape routes and make sure all those living in your home know your wildfire action plan.
Set- Be prepared
Put together a “go kit” and pack your emergency items. Stay aware of the latest news and information on the fire from local media, your local fire and police agencies.
Go- Act early
Follow your personal wildland fire action plan. Get yourself and your family to safety. Doing so will not only support your safety, but will allow firefighters to best maneuver resources to combat the fire. 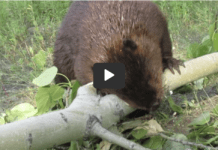 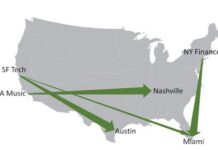 The Most Significant Demographic Change of 2020 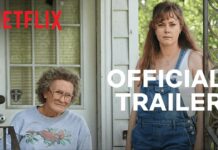 Reviewers get yet another film hopelessly wrong