As part of Syracuse University’s Earth Sciences Lava Project, two students wanted to see if they could come some thick, juicy stakes using only grill and lava.

According to the website: The Syracuse University Lava Project is a collaboration between sculptor Bob Wysocki (Assistant Professor, Department of Art) and geologist Jeff Karson (Professor, Department of Earth Sciences) at Syracuse University. The goals of the project include scientific experiments, artistic creations, education, and outreach to the Syracuse University and City communities. Basaltic lava, similar to that found on the seafloor and erupted from volcanoes in Hawaii and Iceland, is melted and poured to produce natural-scale lava flows. The project supports a wide variety of scientific experiments engaging faculty and students at SU and volcanologists from other institutions. The natural beauty and particular properties of the lava are the basis for sculpture projects. In addition, lava pours are staged at the SU Comstock Art Building for classes, student groups, and the public. The SU Lava Project brings the spectacle and excitement of a volcanic eruption to Central New York.

I liked the bit at the end when they drop the meat directly onto the lava. 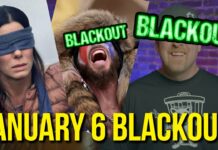 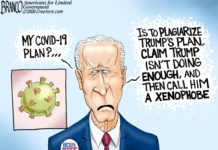 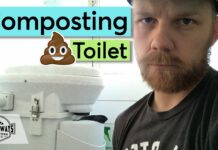 Reason why not to have a composting toilet

New York’s Long Decline Is Canary in Coal Mine for Biden’s...

Why Liz Cheney Had to Go