Home Food Lychee identified as cause of childhood deaths

This is a very interesting story concerning a fruit that’s regularly touted as being a boon to health. The lychee is a tropical fruit tree native to the Guangdong and Fujian provinces of China, and now cultivated in many parts of the world. Its fresh fruit has a “delicate, whitish pulp” with a floral smell and a fragrant, sweet flavor. Since this perfume-like flavor is lost in the process of canning, the fruit is usually eaten fresh.

One fresh whole lychee contains a total 72 mg of vitamin C per 100 grams of fruit, an amount representing 86% of the Daily Value (DV) (table, right). On average, consuming nine peeled lychee fruits would meet an adult’s daily vitamin C requirement but otherwise would supply little nutrient content as they are very low in calories. Lychees are also low in saturated fat and sodium.

Phytochemicals have been considered possible drugs for millennia. For example, salicin, having anti-inflammatoryand pain-relieving properties, was originally extracted from the bark of the white willow tree and later synthetically produced to become the common, over-the-counter drug, aspirin. They are greatly touted by current health experts.

However, the biological or nutritional effects of most phytochemicals are unknown and despite much research there is very little evidence that they have any dietary effects.

If you believe in their efficacy you’ll be interested to know that lychees have moderate amounts of polyphenols, shown in one French study to be higher than several other fruits analyzed, such as grapes and apples. For phenolic composition, flavan-3-ol monomers and dimers were the major compounds representing about 87% of total polyphenols that declined in content during storage or browning. Cyanidin-3-glucoside represented 92% of total anthocyanins. Lychee contains oligonol, a short-chain polyphenol under preliminary evaluation for its potential biological properties.

However, as reported in Australia, for more than two decades, healthy children in the Indian region of Bihar have been suffering sudden seizures and losing consciousness. A third of them died, leaving doctors baffled.

How is it possible that lychee, a deliciously sweet tropical fruit, could induce a fatal hypoglycemic encephalopathy in children?

But a team of American and Indian scientists now say they have found the cause of this mystery illness, which killed more than 100 children a year: eating too many lychees on an empty stomach.

“Parents in affected villages report that during May and June, young children frequently spend their day eating lychees in the surrounding orchards; many return home in the evening uninterested in eating a meal,” the researchers wrote, saying most children then arrived at hospital unconscious or having seizures in the middle of the night or early morning.

In South-East Asia, outbreaks of similar illnesses have been reported from lychee-growing areas of Bangladesh and Vietnam. 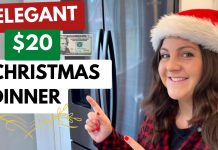