Editor’s Note: I met Hal Moore on several occasions, and he was a true gentlemen, an inspiring figure, a reminder of the old-school military code to dread war but to fight hard with courage when duty called. His book, which I’ve also read, underscores the hardship and horror of war, a realistic book that strips away all romance associated with the bloody enterprise. This is why his book is one of the most read among active duty personnel and has become a major reason why today’s enlisted officers and soldiers tend to be much more cautious about going to war than their civilian leadership. Moore was the right kind of patriot. He upheld the old code: bravery and courage are prized virtues but they are best served by seeking peace first and avoiding war, the costs of which are gigantic and terrifying. ~ Jeffrey Tucker

America lost a role model on Saturday when Hal Moore passed away at the age of 94.

Harold “Hal” Moore was a retired three-star Army general, but he will forever be remembered for his courageous actions as the commanding officer of the 1st Battalion, 7th Cavalry in the Battle of Ia Drang Valley in November 1965.

Memorialized in the book and subsequent movie “We Were Soldiers Once… And Young,” Moore and his battalion conducted an audacious helicopter assault right into the midst of three North Vietnamese regiments in the Central Highlands of South Vietnam and were immediately faced with an enemy onslaught.

Surrounded, outnumbered, and faced with mounting casualties, Moore, then-lieutenant colonel, skillfully orchestrated his unit’s harrowing defense, moving units around to fill gaps, calling in artillery and air support, and most importantly leading by example, exposing himself to all the dangers faced by his men.

The battalion sustained casualties that were unheard of at that early stage of the war, with 71 soldiers being killed during the engagement.

There were multiple moments during the terrible three days and two nights where the unit was in danger of being overrun, but in each instance the troopers of the 1/7 under Moore’s leadership rallied and threw the enemy back.

The North Vietnamese lost over 1,000 soldiers in this pitched battle.

“We Were Soldiers Once… And Young” wasn’t published until 1992, but it quickly became a mandatory read for Army officers in the 1990s and remains a key volume on most recommended military reading lists.

My own copy is dog-eared and worn from use. It’s not grand strategy but remains one of the most compelling stories of how determined leadership and heroism made the difference during those three days in November 1965.

Moore, who went on to become a lieutenant general, was awarded the Distinguished Service Cross, our nation’s second-highest award for valor, for his actions in the Ia Drang.

He retired from the Army in August of 1977 after 32 years of service, and went on to become the executive director of the Crested Butte ski area in Colorado. He remained humble and self-effacing about his service.

One of Moore’s soldiers, Spc. 4 Pat Selleck, recalled a short ceremony when Moore said goodbye to him after the Ia Drang battle:

Col. Moore shook our hands and said, ‘Thank you and go back home.’ I was the second or third guy he spoke to and he had tears in his eyes. I remember what he said: ‘I see that you are married; you have a wedding ring on. Just go home, pick up the pieces, and start your life again.’ And basically that’s what I did. I came home to a wonderful wife, tried to readjust, did a decent job at it. I did what Col. Moore said. I tried to put the war behind me. … He might be a general, but to me he’s still Col. Moore. If it wasn’t for him and all his knowledge and training, I don’t think any of us would have survived the Ia Drang Valley.”

Moore embodied the virtues Americans look for in their heroes: courage under fire, inspiring leadership in peace and war, professional integrity, and personal humility.

America mourns the loss of such a hero, but Moore’s legacy will live on in the generations that study the example he most clearly gave in Ia Drang.

Reprinted from the Daily Signal. 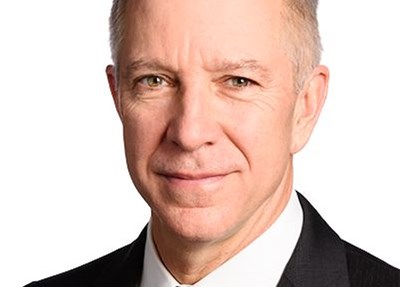 
Lt. Gen. Thomas W. Spoehr, U.S. Army (Ret.), is a director for the Center for National Defense at The Heritage Foundation.