Home Food Those codes on your bananas? Here’s what they mean.

PLU codes are 4 or 5 digit numbers that appear on a small sticker applied to an individual piece of fresh produce. The PLU number identifies produce items based upon various attributes which can include the commodity, variety, growing methodology (e.g. organic), and the size. The PLU coding system is voluntary, and not mandated by any governing body. There are currently over 1400 PLU codes issued for fresh produce and produce related items such as nuts and herbs.

PLU codes ensure that the accurate price is paid by consumers by removing the need for cashiers to identify the product and whether or not it is conventionally or organically grown. The 4-digit PLU codes are randomly assigned within a series of numbers within the 3000 and 4000 series.

A 9 in front of the 4-digit number means it’s organically grown. Moves to add an 8 for genetically modified produce have been widely ignored. 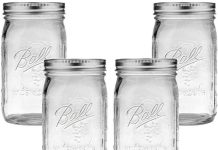