I’m tempted to say that statism is sort of like a cult. Proponents of socialism and other big-government ideologies have a dogmatic zeal that blinds them to reality.

For instance, no nation has ever become rich with big government. But that doesn’t stop leftists from advocating in favor of higher taxes and more coercive redistribution.

They are equally capable of rationalizing that economic misery in places such as Greeceand Venezuela has nothing to do with bad policy, and you can even find a few zealots willing to defend basket cases such as Cuba and North Korea.

So long as they don’t burn me at the stake for my heretical views, I guess I won’t get too agitated by their bizarre fetish for statism.

But I will periodically mock them. And that’s the purpose of today’s column. We’ll start with this nice comparison between a capitalist grocery store and a socialist grocery store. I have no idea, by the way, if the lower image actually is a supermarket in a socialist country, but let’s not forget that a real-world version of this comparison is one of the reasons there’s no longer an Evil Empire. But the bad news about socialism is not limited to economic deprivation for the masses.

The system also leads in many cases to totalitarianism (see this article by Marian Tupy, for example).

Venezuela is a particularly poignant example. Once the richest nation in Latin America, it now is an economic laggard and also is a cesspool of oppression.

Which makes this set of images from Reddit‘s libertarian page both funny and sad.

As you might expect, Milton Friedman had some very pointed observations on this topic.

The really good part starts shortly before 2:00. He explains very clearly that socialism is based on force and coercion.

The PotL sent me this collections of risky temptations and it perfectly captures the attitude of many statists. No matter how many times socialism has failed, they never learn the appropriate lesson. It just hasn’t been tried by right people, they tell us. Or been imposed in the right circumstances.

So they want us to give it one more try, just like a person with no willpower will eat one more bite of chocolate. 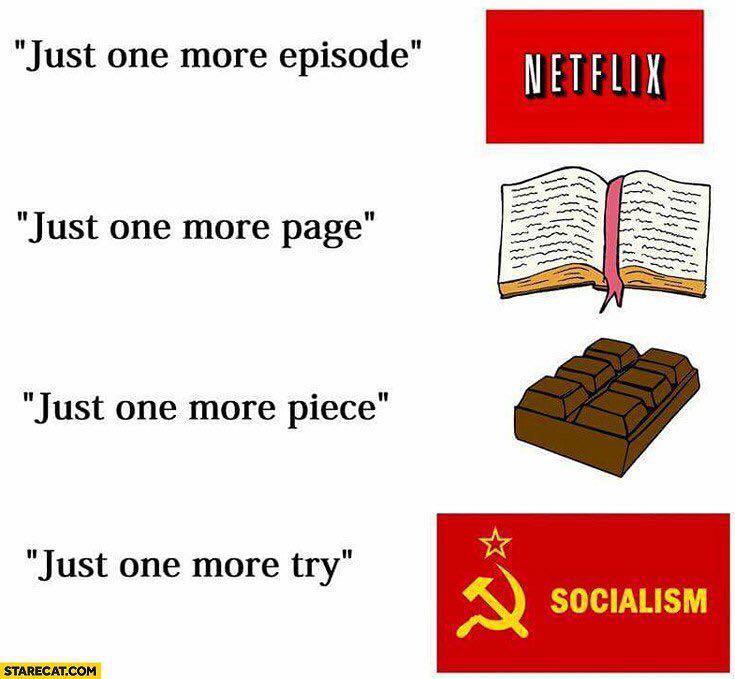 Which is the same message you find here, here, and here.

Incidentally, this analysis not only applies to socialism, as technically defined, but it also applies to redistributionism. Which is definitely more benign, but nonetheless produces bad results.

The bottom line is that statism is a recipe for stagnation and free markets are a route to prosperity. 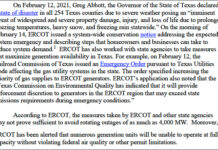