I’m a big believer in trying to go deep in subjects as often as you can. Cal Newport’s fantastic book Deep Work makes the case that the kind of work that you can do that actually makes a difference in your life and provides you with substantive opportunities to advance your career and your personal well-being.

That being said, I’m disturbed by the number of otherwise-promising professionals and young people with whom I speak who struggle to pick up a book. Statistics vary on how many people actually read every year — a popular meme claims that more than 70% of Americans do not read a book after high school — but the most recent and reliable numbers from Pew make it look like 76% of Americans have read a book (of any format) in the last year. That’s more promising than only 30% but still not great.

When I speak with people who admit they do not read as much as they would like, one of the major reasons holding them up is settling on a good book. With as many options out there as there are, it is easy to get lost in the noise.

That’s why I like to occasionally share what I recently read and am currently reading. My hope is that one of these recommendations leads you to pick up a book and go deep on some subject.

Mastery is a look at how some people take that inborn childhood curiosity and turn it into something that defines not just their lives but also the fields to which they contribute. Greene breaks down a number of examples of people who found a master under whom to apprentice, found subject matters in which they could engross themselves, and who created at a pace and with a mindset that allowed them to constantly grow and contribute.

Why some people succeed and others fail at living productive lives and why they succeed and fail at retaining a love of learning are two subjects which define much of my personal research. Mastery is a must-read in this category — especially if you also enjoy biographies.

48 Laws of Power by Robert Greene

Much like Mastery, Greene’s 48 Laws of Power is set up through examples and mini-biographies of people who successfully captured power and influence for themselves.

Some view Greene’s work with a cynical eye, believing that to be so interested in power, war, and seduction (the subjects of Greene’s other two books) one must be interested in manipulating people. This gets Greene’s work entirely backwards. People will seize power in your life and you will either be subject to their whims or capable of defending yourself against them. Better to be in the second category.

Some of Greene’s laws:

10. Avoid the Unhappy and the Unlucky

CS Lewis is the master of taking dense subjects and turning them into entertaining and digestible fiction. From The Screwtape Letters to The Great Divorce to The Chronicles of Narnia and his Space Trilogy, there is no better author in the 20th century to communicate complexity through fiction.

Faust is the classic story of selling your soul to the Devil for something here on earth. Goethe’s short adaptation is a play combining elements from Roman and Greek mythology and Christian theology, making for a fun read.

I recently sent this out to my email list at ZakSlayback.com and realized I had never read it myself. I hunkered down for a weekend and found it a great casual read.

These are the books I am currently reading through September. Given that I am just now reading them, I can’t give much overview of the books, but I can say why I picked them up and the little with which the book starts.

(Personal identity is a concept in philosophy of the mind to help deal with questions that stem from our being individual persons. This falls further into questions of personhood, identity, and who and what questions. These are especially useful conceptions to have in your philosophical toolkit for dealing with problems in bioethics, like problems of multiple personality disorders, abortion, and cloning.)

The Art of Learning by Josh Waitzkin

Josh Waitzkin is like Bobby Fischer. A child chess prodigy who grew to take on the world championship at a young age. After that, he became a martial arts master. The Art of Learning breaks down what he learned through years of succeeding at chess and martial arts (and why others didn’t succeed). Much like The Inner Game of Tennis, The Art of Learning proposes that you not take yourself so critically when learning and allowing yourself to take a broader picture. Overanalyzing the learning process and seeing yourself as a stagnant creature will lead to slower gains and frustration with the skill before you get the chance to experience mastery.

How to Stop Worrying and Start Living by Dale Carnegie

Dale Carnegie is best known for How to Win Friends and Influence People, a fun, casual read on professional social skills. When a friend recommended I pick up How to Stop Worrying and Start Living when I was looking for a short, easy-to-read book to enjoy with my morning coffee, I knew Carnegie would not disappoint.

How to Stop Worrying and Start Living gives examples of people for whom worry was a major part of their lives and how they overcame it. Each chapter ends with recommendations like Make a Decision and Understand the Negative Health Consequences of Worrying.

The 7 Habits of Highly Effective People by Stephen Covey (Audiobook)

I had never actually picked up Stephen Covey’s 7 Habits, perhaps because I thought it to be one of those books that would say things I already know. “Yeah, effective people aren’t bad people, we get it,” was kind of the thought in the back of my mind. I decided to drop an Audible credit on it after hearing one of Covey’s successors speak at an event and am glad I did so.

Covey proposes a character ethic rather than a personality ethic for self-improvement. While most books and authors focus on this one weird trick that will help you, Covey focuses on developing the character that lends itself towards high efficacy. I do not tend to enjoy audiobooks — but Covey’s presentation makes this an enjoyable listen.

Till We Have Faces by CS Lewis (Audiobook)

Till We Have Faces is one of CS Lewis’ very few fictional novels that is not an adaptation of biblical themes. Instead, this longer book is his adaptation of the story of Cupid and Psyche. I picked this up after a conversation on the similarities (or lack thereof) between Lewis’ theories of Christianity and Rene Girard’s in Things Hidden Since the Foundation of the World and reading that this is one of the books in which Lewis proposes a theory of mimetics and sacrifice that aligns with Girard’s own.

Zak is a communicator focusing on issues of education, innovation, and social change. He’s the author of the 2016 Amazon best-seller, The End of School: Reclaiming Education from the Classroom and is currently finalizing The Little Guide to Learning Anything. He regularly speaks on issues of learning, social change, innovation, and the changing jobs landscape. He is a founding team member at Praxis. 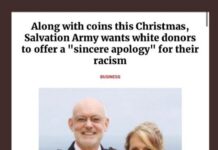 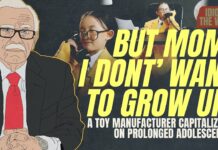 Was the Salvation Army out of line?