Home Way of Life Firearms The world’s largest standing army may surprise you. 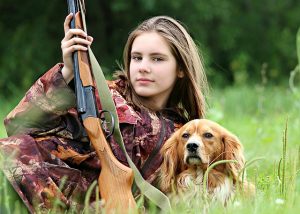 There are many variables to consider when measuring the strength of a nation’s military:

Spending, quality of arms and technology, training, organization, and distribution are some of the more underappreciated qualities that define the true strength of a military.

But sheer volume in numbers is a hard advantage to beat, especially when it comes to defending your own borders. A larger population is harder to control and the larger the country, the more spread apart the peoples are. Militaries are often ill-equipped to deal with the various climates, terrains, and infrastructures they encounter, especially over larger areas with highly resistant populations.

So when it comes to the largest standing army in the world, who has the record?

China takes the prize with an active military of approximately 2.1 million soldiers. 30% of the world’s actively armed official “military.”

But when borders are invaded, countries tend to resist, and when countries resist, civilian populations group and develop into paramilitary forces. Take into consideration the guerrilla tactics exhibited in Vietnam, Afghanistan, Iraq, and Eastern Europe over the last 100 years.

So when we take armed civilian populations into account, who has the largest AFP on Earth?

As Isoruku Yamamoto, the Commander-in-Chief of the Japanese Navy reportedly said: “You cannot invade the United States. There would be a rifle behind every blade of grass.”

These numbers add credence to the importance of the second amendment, and its function in ensuring our domestic and national security. Having an armed population familiar with their environment, their weapons and emotionally invested in defending their homeland is a highly undervalued asset when it comes to national defense.

With these numbers in mind, it’s easy to see why globalists enterprises are terrified of the second amendment.

If you haven’t had a chance already, please consider telling Congress to pass National Concealed Carry Reciprocity by filling out the form below. History has taught us one thing, an armed populace is a strong populace. Help to ensure the gun grabbers don’t win.