An Anniversary of Evil: 100 Years of Communism, 100 Million Deaths by Dan Mitchell

Just in case you didn’t realize, we’re “celebrating” an anniversary.

In 1917, at this time of year, the Bolshevik revolution was occurring in Russia.

It resulted in the creation of the Soviet Union, followed in subsequent decades by enslavement of Eastern Europe and communist takeovers in a few other unfortunate nations.

This is a very evil and tragic anniversary, a milestone that merits sad reflection because communism is an evil ideology, and communist governments have butchered about 100 million people.

I’ve written about the horrors that communism has imposed on the people of Cambodia, Cuba, and North Korea, but let’s zoom out and look at this evil ideology from a macro perspective.

My view is that communism is “a disgusting system…that leads to starvation and suffering” and “produces Nazi-level horrors of brutality.”

But others have better summaries of this coercive and totalitarian ideology.

We’ll start with A. Barton Hinkle’s column in Reason….the Bolsheviks…seized power from the provisional government that had been installed in the final days of Russia’s Romanov dynasty. The revolution ushered in what would become a century of ghastly sadism. …it is hard even now to grasp the sheer scale of agony imposed by the brutal ideology of collectivism.

…In 1997, a French publisher published “The Black Book of communism,” which tried to place a definitive figure on the number of people who died by communism’s hand: 65 million in China, 20 million in the Soviet Union, 2 million in Cambodia, 2 million in North Korea, and so on—more than 90 million lives, all told. …depravity was woven into the sinews of communism by its very nature. The history of the movement is a history of sadistic “struggle sessions” during the Cultural Revolution, of gulags and psychiatric wards in Russia, of the torture and murder of teachers, doctors, and other intellectuals in Cambodia, and on and on.

Here’s some of what Professor Ilya Somin wrote for the Washington Post.May Day. Since 2007, I have defended the idea of using this date as an international Victims of Communism Day. …Our comparative neglect of communist crimes has serious costs.

Victims of Communism Day can serve the dual purpose of appropriately commemorating the millions of victims, and diminishing the likelihood that such atrocities will recur. Just as Holocaust Memorial Day and other similar events help sensitize us to the dangers of racism, anti-Semitism, and radical nationalism, so Victims of Communism Day can increase awareness of the dangers of left-wing forms of totalitarianism, and government control of the economy and civil society.

In an article for National Review, John O’Sullivan explains the tyrannical failure of communism.

Those evil deeds…include the forced famine in Ukraine that murdered millions in a particularly horrible fashion; starting the Second World War jointly with Hitler by agreeing in the Nazi–Soviet Pact to invade Poland and the Baltic states; the Gulag in which millions more perished; and much more. …The Communist experiment failed above all because it was Communist. …Economically, the Soviet Union was a massive failure 70 years later to the point where Gorbachev complained to the Politburo that it exported less annually than Singapore. …it is a fantasy that the USSR compensated for these failures by making greater social gains than liberal capitalism: Doctors had to be bribed; patients had to take bandages and medicines into hospital with them; homelessness in Moscow was reduced by an internal passport system that kept people out of the city; and so on.

As an economist, I focus on the material failure of communism and I’ve tried to make that very clear with comparisons of living standards over time in Cuba and Hong Kong as well as in North Korea and South Korea.

But the evil of communism goes well beyond poverty and deprivation. It also is an ideology of mass murder.

Which is why this tweet from the Russian government is morally offensive.

Yes, the Soviet Union helped defeat the National Socialists of Germany, but keep in mind that Stalin helped trigger the war by inking a secret agreement with Hitler to divide up Poland.

Moreover, the Soviet Union had its own version of the holocaust.

I don’t know who put together this video, but it captures the staggering human cost of communism.

The only thing I can add to these videos is that there has never been a benign communist regime.

Indeed, political repression and brutality seems to be the key difference between liberal socialism and Marxist socialism.

Let’s close with this chart from Mark Perry at the American Enterprise Institute.

All forms of totalitarianism are bad, oftentimes resulting in mass murder. As Dennis Prager noted in his video, both communism and Nazism are horrid ideologies. Yet for some bizarre reason, some so-called intellectuals still defend the former. 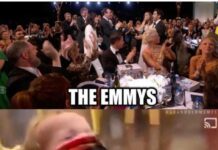 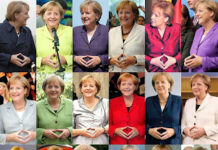