Home Government Budget Ever wondered where your taxes go? 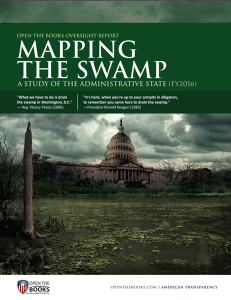 OpenTheBooks.com – a national transparency organization – has released its study of the administrative state, giving oversight to the 1.97 million disclosed federal employees at a total cash compensation cost of $136 million. The report audited and mapped the 2 million federal salaries and bonuses across America. Search an interactive map by ZIP code.

“We found small and large agencies across the federal government gaming the system for personal gain – and it’s expensive for the taxpayer,” said OpenTheBooks.com CEO and founder Adam Andrzejewski. “Congress should hold hearings to bring transparency to all the information we’re still missing, including performance bonuses and pension payouts. It’s time to squeeze out waste from compensation and stop abusive payroll practices.”

The report shows that the federal government pays its disclosed workforce $1 million per minute and more than half a billion dollars per day. After factoring in another 2 million undisclosed federal employees – at the Department of Defense and on active military duty – the cost would be much higher. Additionally, on average, federal employees receive 10 federal holidays, 13 sick days, and 20 vacation days per year. The report estimates these benefits cost taxpayers $22.6 billion annually.

The federal workforce is made up of 579 job titles ranging from ‘Book Binding’ to ‘Zoology.’ There are more than 35,000 lawyers. However, just one third work at the Department of Justice. At the Department of Veterans Affairs (VA), there are 3,498 police officers at a total cost of $172 million. Yet, when asked about corresponding crime statistics, the VA was unable to provide any information on the number of crimes or incidents. At Presidio Trust, a small federal agency in San Francisco, the director of human resources received the largest disclosed federal bonus for $141,525. This director is in charge of processing payroll at the agency.

The study raises several important questions that should elevate the nationwide debate on the size, scope, and power of the administrative state. Download and read the entire report here.