Once again, the federal government has violated the rights of many in hopes of catching a few criminals. This time, Immigration and Customs Enforcement (ICE) agents convinced local police officers to scan the license plates of gun show attendees just in case they decide to run some guns across the Mexican border:

Emails reviewed by The Wall Street Journal show agents with the Immigration and Customs Enforcement agency crafted a plan in 2010 to use license-plate readers—devices that record the plate numbers of all passing cars—at gun shows in Southern California, including one in Del Mar, not far from the Mexican border.

Agents then compared that information to cars that crossed the border, hoping to find gun smugglers, according to the documents and interviews with law-enforcement officials with knowledge of the operation.

The investigative tactic concerns privacy and guns-rights advocates, who call it an invasion of privacy. The law-enforcement officials say it is an important and legal tool for pursuing dangerous, hard-to-track illegal activity.

The kicker? There’s no indication that the gun-show surveillance scheme lead to any arrests or investigative leads.

Jay Stanley, a lawyer at the American Civil Liberties Union, explained the problem with the surveillance perfectly: separately, buying a gun and crossing the border are two perfectly legal activities, but “because those two activities in concert fit somebody’s idea of a crime, a person becomes inherently suspicious.”

Not to mention that information on law-abiding gun owners ends up in a database somewhere, which is a violation of the 1986 Firearm Owners Protection Act and the Second Amendment.

When will the feds learn to respect the laws already on the books?

The video below shows how cameras are being used to override the need for a warrant – our protection against government searches as guaranteed by the Constitution. The gun show scan is the thin end of the wedge, they just want to turn us into a surveillance state like in Europe.

UPDATE: I just saw a cop car with scanners in my neighborhood in Virginia. License plate scanners are basically government location tracking systems recording the movements of millions of innocent Americans in huge databases. There is little supervision or control over the data that were recorded, usually without motorists realizing their locations have been recorded.

In 2015, the U.S. Supreme Court ruled that police need a court order to attach a GPS tracker to a suspect’s car, but the USA’s growing network of license readers will someday allow police to do the same thing without a warrant as they tie together individual snapshots of drivers’ cars. 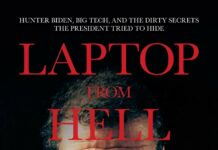 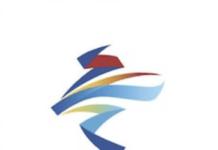 The COVID Chicken Littles Are At It Once Again