I was more than just a bit interested in hearing what Mark Levin’s recent guest, David Berlinski, had to say on “Life, Liberty, and Levin.”  My interest stemmed from the fact that virtually everything Berlinski said aligns with my own thinking over the years.  Getting confirmation from someone whose knowledge dwarfs your own tends to be reassuring.

Berlinski is one of those rare geniuses who appears to have no fear of alienating fellow scientists who worship orthodoxy.  He does not hesitate to say that the attitude of the scientific community toward religion is one of “frivolous contempt.”  He perceives an immense derision by his colleagues toward a belief in God, especially when religion is involved, because “the natural, self-protective mechanism tries to eradicate any form of dissent.”

Berlinski further points out that even though science is a powerful tool, it does nothing to answer any of the great questions of life.  Science has nothing whatsoever to say about life, love, death, or meaning.

It is Berlinski’s belief that the most basic and important question scientists have never attempted to answer in any rational way is:  Why is there something instead of nothing?

Simplistically speaking, one could argue that the Big Bang was the cause of something — the “universe” — but that only raises the question, what caused the Big Bang?  Where did the materials come from that were part of that grand celestial event?  Further, how did order result from such a massive explosion?  We know from firsthand experience that explosions create chaos, not order.

Which brings us to Darwinism, which is intimately connected to atheism.  According to Berlinski, both of these beliefs are based on broad-sweeping anecdotal evidence, something I have believed since I first began studying them in my teens.  Darwinism is an interesting theory — a theory that has morphed into an ideology over the years — but, unlike physics theories, it has no quantitative properties.

Scientifically speaking, you cannot transform one species into another, and all serious scientists know this to be a fact.  Which is why Darwinism cannot be classified as a scientific theory.  It’s more akin to alchemy.

Berlinski mocks the idea of natural selection by mimicking a hypothetical scientist answering such questions as, “Why did the giraffe develop such a long neck?”  Answer:  “Because he wanted to reach the trees.”  “Why did other animals not develop long necks?”  Answer:  “Because they didn’t want to reach the trees.”  Answers such as these border on silliness, yet generation after generation they are passed along as fact in the scientific community.

It is Berlinski’s belief that flip answers like “it’s all an accident” are not intelligent answers based on deep thought.  To believe that something as complex as DNA is “an accident” is not a serious explanation of its existence.  Yet, the generally accepted hypothesis in the scientific community is that we are nothing more than cosmic accidents.

Given the fact that biochemistry is the same everywhere and in everything, there is no dispute that all life is related.  But the scope of living creatures is profoundly divided between human beings and everything else.  The operative word here is profoundly, because, as Berlinski points out, the distance between a human being and our nearest relative, the chimpanzee, is far greater than the distance between the chimpanzee and a flower.

Which raises the question:  Why is this so?   Why do human beings organize themselves differently than animals?  Why do they have creative thoughts?  Why do they have mathematics and literature?  Science cannot, and will never be able to, answer these questions.  The unpopular truth is that evolution without an external force to guide it simply makes no sense.

As to atheism, the atheist’s argument that you not only cannot prove a negative (God), you have no obligation to do so, is specious, at best.  On the contrary, you don’t have to prove that God exists.  As 19th century novelist/playright Franz Viktor Werfel explained it, “Thirst is the surest proof for the existence of water.”  Man has been searching for the meaning of life and death since he first appeared on earth, and his dramatic scientific discoveries have brought him no closer to satisfying answers to these questions.

Atheists ignore the fact that the inability to prove God’s existence is not the same as proving that God does not exist.  As the Dalai Lama explained it, “There is a fundamental difference between that which is ‘not found’ and that which is ‘found not to exist.’  If I look for something and fail to find it, this does not mean that the thing I am seeking does not exist.  Not seeing a thing is not the same as seeing its non-existence.”

In his poem “Miracles,” Walt Whitman shared an observation that I believe explains the existence of a Conscious Universal Power Source in the simplest possible terms:  “To me, every hour of the light and dark is a miracle, every cubic inch of space is a miracle.”  A miracle is an event not explicable by natural or scientific laws, thus it is beyond our ability to understand.

Thus, the foundational question of all existence remains:  Why is there something instead of nothing?  So long as this question cannot be answered in a serious, rational, non-dismissive way, intellectual honesty demands that humility to be the order of the day.

ROBERT RINGER is a New York Times #1 bestselling author who has appeared on numerous national radio and television shows, including The Tonight Show, Today, The Dennis Miller Show, Good Morning America, ABC Nightline, The Charlie Rose Show, as well as Fox News and Fox Business. To sign up for a free subscription to his mind-expanding daily insights, visit www.robertringer.com. Reproduced with permission. 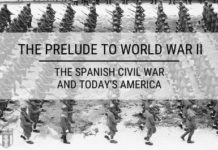 The Prelude to World War II: The Spanish Civil War and Today’s America 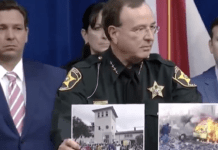 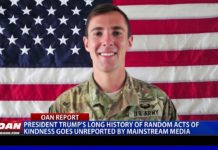 The Prelude to World War II: The Spanish Civil War and...

Kamala isn’t talking – so let’s hear what other people have...

Obama hands out phone number – asks you to text him

‘The corpse that is Joe Biden’ gets ‘tuckered out’ after a...