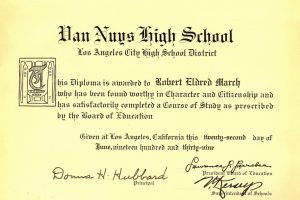 Today’s education system has a myriad advantages that earlier generations never would have dreamed about. Smartboards. Tablets. Advanced science labs. Massive libraries. These perks are wonderful and suggest that our schools are giving children a much better education than they would have had at an earlier time.

But what if all these advancements are just smoke and mirrors? Is it possible that the parents, grandparents, and even great-grandparents of today’s students had a better education?

Understandably, such a question might be met with skepticism, particularly since these points are framed around I-remember-when anecdotes rather than hard evidence. But once in a while some of that evidence surfaces, causing thinking individuals to ponder the possibility that today’s education system is perhaps not all it’s cracked up to be.

Such was the case when I came across a collection of Regents Exams – the exams required to graduate from high school in New York – in the New York State Library. The archives provide a variety of exam subjects and range in date from the 1930s to the present. Curious, I pulled up one of the oldest, a 1934 American history exam, and did some quick, first page comparisons with the one given in 2017.

The most obvious difference was the question answer format. The contemporary version was full of questions like the following, requiring a simple multiple-choice selection:

Aside from a brief matching section, however, the 1934 exam relies on essay questions like the following:

The second difference is the difficulty of the material discussed. The modern exam asks questions about basic issues in our nation’s history, such as slavery or the structure of the American government:

The 1934 exam, on the other hand, delves into deeper, more challenging subjects that the basic student of history would not necessarily be familiar with:

A third observation has to do with the level of critical thinking each exam requires. As mentioned before, the current exam relies heavily on multiple-choice questions, precluding the need for students to reason beyond preprogrammed answers:

By contrast, the 1934 exam is full of questions which not only demand an answer, but also ask students to reason and advance an argument relating to the facts:

After considering the differences between these two exams, which would you want to take? For my money, I’d settle for 2017 exam in a heartbeat, knowing that its easy, standardized nature would make it far more likely to achieve a passing grade with very little preparation.

Yet in spite of its easier nature, many students still struggle to pass the exam, even to the point that many have advocated dropping the Regents test in recent years.

All this should lead us to wonder what kind of education our children are receiving today. Do facts and data back up the anecdotes of old-timers, namely, that the 8th grade education of the past was just as challenging academically, if not more so, than that which happens in today’s college classrooms?

This post How a 1934 New York Graduation Exam Shows How Far Academic Standards Have Fallen was originally published on Intellectual Takeout by Annie Holmquist.

Here’s a exam, like the one I look back in the 1960s as a schoolchild in the UK aged 11. This decided whether I’d go in an academic stream or a vocational stream at High School. How would you do? I bet that the punctuation slays all of us! (Especially as the Brits do quotation marks the other way around.)