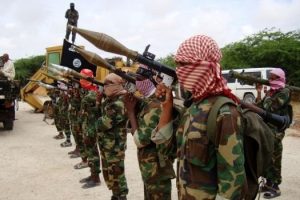 Welfare fraud is an expensive problem for American taxpayers, but as a new report reveals, the cost might not be just an economic one. Uncovering daycare fraud in Minnesota has shed light on illegal methods of funding terrorist organizations in the Middle East and gaping holes in our national security networks. The welfare abuse that has occurred in Minnesota affects every American and we must ensure this is not a problem in other states.

A five-month Fox 9 investigation revealed, welfare fraud, conducted through the state child care services, has cost Minnesota taxpayers as much as $100 million a year.

As the report explains, Fox 9 responded to a tip regarding a man leaving the country with $1 million in cash in his suitcase. Apparently, this is legal for travelers with proper paperwork and, it seems, is a near weekly occurrence at the Minneapolis-St. Paul International Airport.

Where the money came from and where it is going is what piqued the interest of the Fox 9 team.

Minnesota Department of Human Services, Acting Commissioner Chuck Johnson explained to Fox 9, it is an open secret that some immigrant families open daycare centers because the government subsidizes low-income family childcare. Surveillance footage makes it clear that parents receive kickbacks from day care owners for signing their children up for the service but never dropping them off — allowing the state to fund their care without actually providing it.

Currently, at least 10-day care centers are being investigated for this fraud, but Fox 9 investigators claim to have reports of dozens more. Public records and government sources reveal most facilities are owned by Somali immigrants.

This is where we return to the Minneapolis-St. Paul International Airport.

Former Seattle police detective and 15-year veteran of the FBI’s joint terrorism task force Glen Kerns explains, “Hawalas” are a method  used to move money to countries that lack an official banking system, many immigrant communities use Hawalas to send funds to impoverished relatives back home. (Investopedia defines it: Hawala is a method of transferring money without any money actually moving. Interpol’s definition of hawalais “money transfer without money movement.” Another definition is simply “trust.” Hawala is an alternative remittance channel that exists outside of traditional banking systems.)

The problem Kerns discovered is that portions of this money are funneled to Hawalas in regions of Somalia controlled by the al Shabaab terrorist groups. When the money arrives, whether it was sent for legitimate reasons or not, al Shabaab or other terrorist groups demand a cut of the funds.

This fraudulent system of organized crime allows our taxpayer dollars to directly fund terrorist networks fighting against the United States and Kerns fears this could be occurring at a similar volume across other states.

Each year states receive block grants from the federal government to fund childcare services. States input about $2.0 billion to these programs while the federal government provides $5.3 billion in funding to provide child care for an average of 1.5 million children a month through the Child Care and Development Fund. This means Minnesotans are not the only ones funding these terrorist networks, but every American is contributing.

Over a year ago, Scott Stillman, a former State Computer Forensic Investigator told his supervisors at the Minnesota Department of Human Services in an email, “We are working on and currently overwhelmed with significant fraud cases involving organized crime defrauding hundreds of millions of dollars. Significant amounts of these defrauded tax dollars are being sent overseas to countries and organizations to entities known to fund terrorism… The internal controls on these programs really need to be examined.”

Still, as the Fox 9 investigation makes clear, the problem persists long after Stillman expressed his concerns.

State Attorneys General and legislatures must attack this issue head on. Minnesota Senators held a hearing on the issue last week and Republican lawmakers have called for a crack down on subsidized child care providers who commit fraud. Other states must insure their welfare system is free of fraud to eliminate waste and potential security threats.

As this poses a significant financial and national security threat, state lawmakers must handle the situation swiftly and surely; Attorney General Jeff Sessions must also be ready to coordinate the prosecution of any individuals funneling American money to overseas terrorist networks. Welfare fraud is real and, if not handled, could be very dangerous.