Since I focus on public finance, I think California is crazy because of punitive taxes and reckless spending policies. 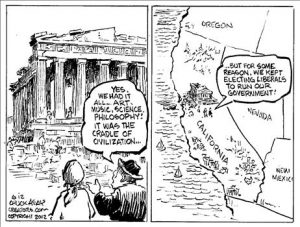 But I can understand why other people think California is crazy, period.

This is a state, after all, where politicians come up with bizarre ideas such as regulating babysitting and banning Happy Meals.

Not to mention banning other things as well.

So you won’t be surprised to learn that the Golden State is leading the way in attacking the horrible scourge of plastic straws.

Plastic straws are quickly becoming a takeout taboo. Starbucks has vowed to get its iconic green sippers completely off store shelves by 2020, while Seattle banned all plastic utensils, including straws, from bars and businesses city-wide earlier this month.

San Francisco quickly followed suit this week and passed an ordinance that, once approved, will ban plastic straws beginning in July of 2019… It may seem as though the quarter-of-an-inch diameter drinking straw is the least of our worries. But environmentalists say the fight’s got to start somewhere. “We look at straws as one of the gateway issues to help people start thinking about the global plastic pollution problem,” Plastic Pollution Coalition CEO Dianna Cohen told Business Insider. (Interestingly, the Starbucks replacement featuring a moulded sipper/lid combo used even more plastic than the previous combo. And the new cardboard straws come in – guess what? Single use plastic wrappers! ~Kelly)

If I’m willing to claim earmarks are the gateway drug for big spending, then I can’t complain when other people come up with imaginative claims about other types of “gateways.”

In any event, there is a legitimate reason to be concerned about plastic.

Some straws drift out to sea, becoming just one more piece of the 79 thousand-ton colossal floating iceberg of trash called the Great Pacific Garbage Patch. Scientists who’ve studied the patch, a trash heap wider than two whole Texases that bobs somewhere between Hawaii and California, have discovered it’s essentially a watery pit of litter and illegal dumps that’s trapped in the ocean currents, and it is basically all plastic. …The anti-straw movement may have first picked up steam because…Texas A&M graduate student Christine Figgener…noticed something encrusted in the nose of one of the male turtles. …The team soon figured out it was actually a “plastic straw stuck in his nose,” and removed it, hoping the extraction might help give him some more breathing time on Earth.

But the people on the left side of the country are not actually solving this problem.

Plastic pollution is basically a problem caused by developing countries. 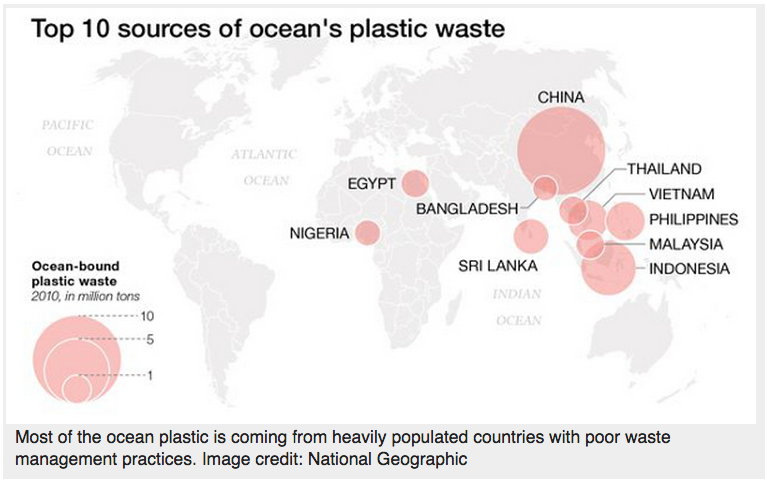 So the politicians in Seattle and San Francisco are making the Nanny State more intrusive without achieving anything.

A classic case of virtue signaling.

But look at the bright side. It’s already generated some great political satire.

Starting with this little girl. 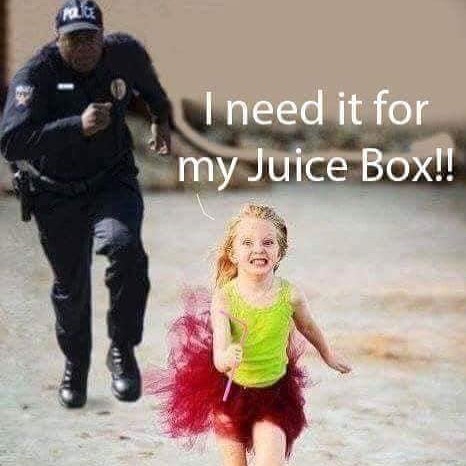 I imagine the plastic straw will be a gateway for operating an unlicensed lemonade stand!

And if SWAT teams run out of harmless pot smokers to harass, they now have new target to justify their budgets. 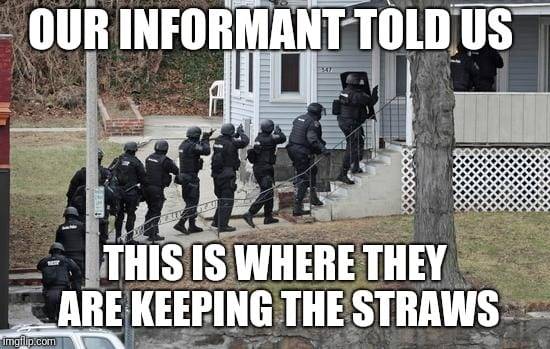 And the gun grabbers will appreciate the importance of dealing with high-capacity straw dispensers. 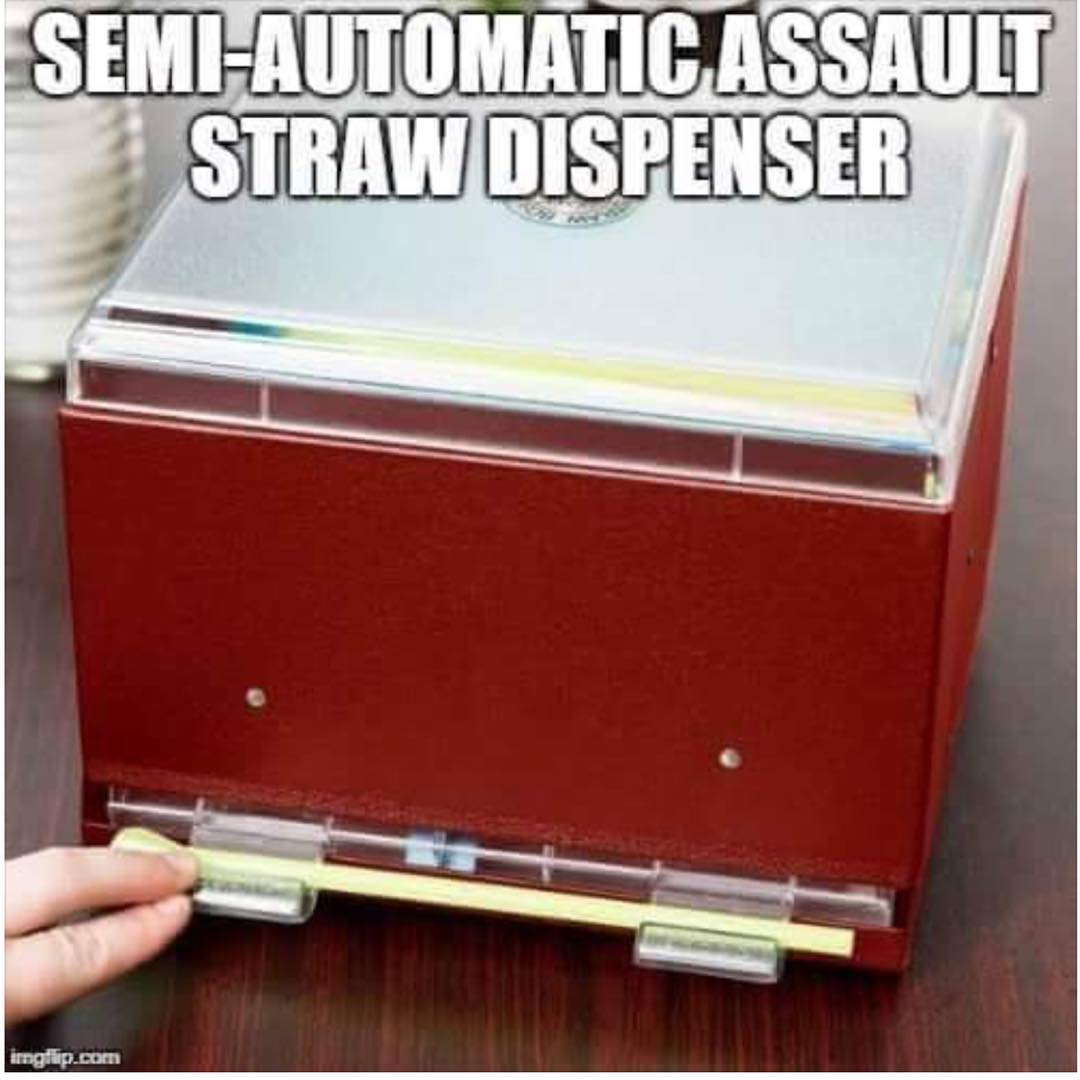 Though it’s unclear how the left will deal with the danger of concealed straws. 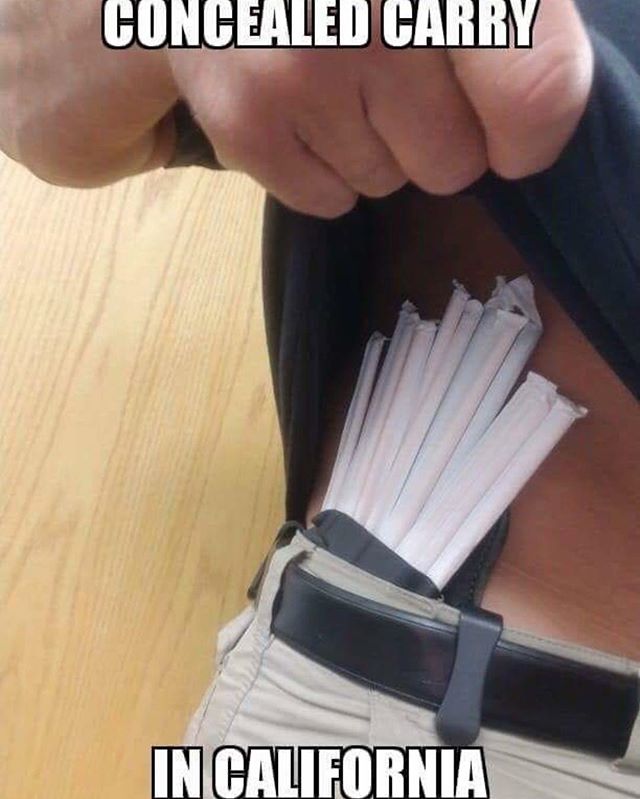 Especially since some of those straw nuts will become dealers. 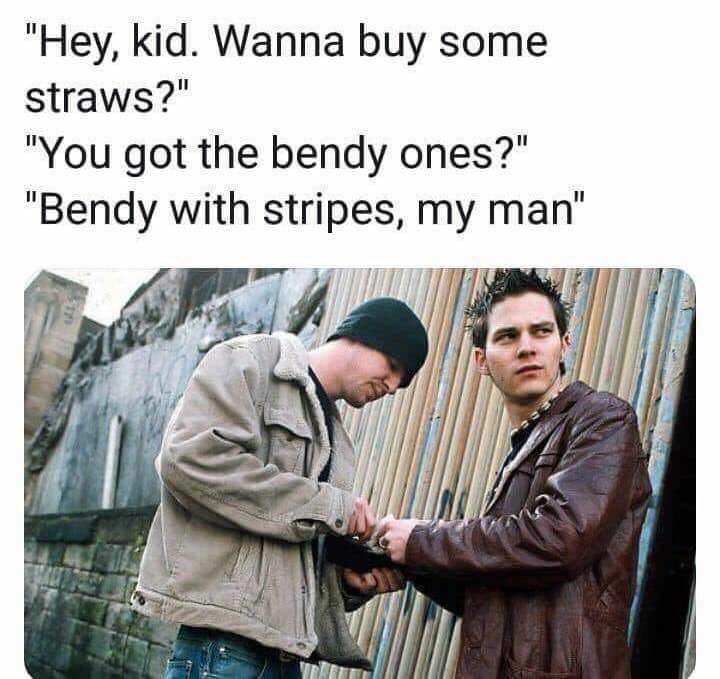 I’ve saved the best for last. For those old enough to remember OJ Simpson and the white Bronco, this image of a renegade toddler will bring back memories. 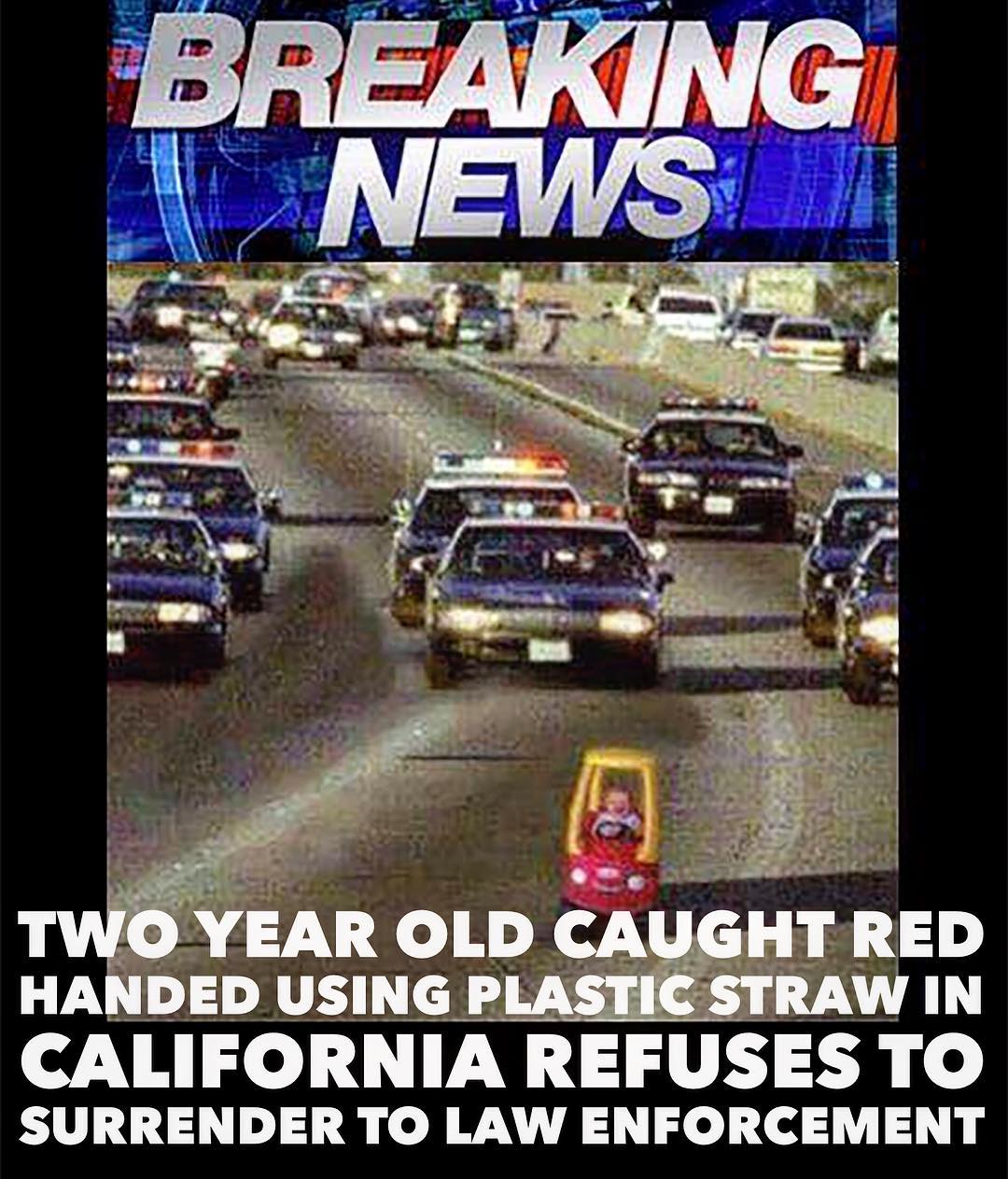 Remember, if you outlaw straws, only outlaws will have straws.

Next thing you know, they’ll try to outlaw tanks.

By the wonderful Dan Mitchell