IRS agents have been stealing cash from taxpayers for years, sometimes hundreds of thousands of dollars at time, and it’s perfectly legal.

But a bill just passed by the Senate and sent to President Trump for his signature, the Clyde-Hirsch-Sowers RESPECT Act, ends the “forfeiture” loophole that allows the IRS to rob innocent people at gunpoint.

“Forfeiture” allows the IRS to seize cash from Americans who merely deposit or withdraw more than $10,000. Agents accuse the targeted citizen of planning to use the cash for illegal activity and seize it.

In many cases, cash is seized from Americans and not returned even after agents admit there was no wrongdoing and charges never filed.

This legalized armed robbery would come to an end under a bill headed for President Trump’s desk.

The Clyde-Hirsch-Sowers RESPECT Act would restrict forfeiture for currency “structuring” only when the funds in question are derived from an illegal source or used to conceal illegal activity.

It also would let property owners challenge a seizure at a prompt, post-seizure hearing. Previously, property owners targeted for structuring had to wait months or even years to present their case to a judge, IJ said.

The bill is named partly for Institute for Justice clients Jeff Hirsch and Randy Sowers, two victims of the IRS’s aggressive seizures for so-called “structuring.” Through structuring laws, the IRS has routinely confiscated cash from ordinary Americans because they frequently deposited or withdrew cash in amounts under $10,000. And by using civil forfeiture, the IRS can keep the money without ever filing criminal charges, IJ noted.

The RESPECT Act was originally introduced by Reps. John Lewis, D-Ga., and Doug Collins, R-Ga., after Hirsch and Sowers told the House Ways and Means Oversight Subcommittee about their experiences.

“Jeff had over $400,000 seized from his convenience store distribution business on Long Island while Randy, a Maryland dairy farmer, lost $29,500 to the IRS. Neither man was ever charged with a crime,” IJ said.

What do you think? Should federal agents be prohibited from seizing cash from Americans without a warrant or evidence? Tell us in the comments! 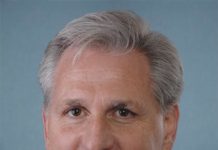