Home Government Environment Sanders: We must reduce populations of ‘poor countries’ to save Earth

Sanders backed participant Martha Readyoff’s claim the Earth was dying because there too many humans and endorsed her call for Americans to fund abortions in largely African “poor countries” to save the planet.

The exchange between the two reads:

READYOFF: Human population growth has more than doubled in the past 50 years. The planet cannot sustain this growth. I realize this is a poisonous topic for politicians, but it’s crucial to face. Empowering women and educating everyone on the need to curb population growth seems a reasonable campaign to enact. Would you be courageous enough to discuss this issue and make it a key feature of a plan to address climate catastrophe?

SANDERS: Well Martha, the answer’s yes. The answer has everything to do with the fact women in the United States of Americas, by the way, have a right to control their own bodies and make reproductive decisions. And the Mexico City agreement — which denies American aid to those organizations around the world that allow women to have abortions or even get involved in birth control — to me is totally absurd. So, I think, especially in poor countries around the world where women do not necessarily want to have large numbers of babies and where they can have the opportunity through birth control to control the number of kids they have, it’s something I very, very strongly support.”

Sanders’ plan would force Americans to resume taxpayer funding of programs like the United Nations Population Fund, which has been tied to forced abortions in nations like Peru and China.

It also echos claims by 1960s and 1970s environmentalists that the Earth is threatened by the rising numbers of people in largely African and Asian counties, and it is up to the United States and Europe to stop the growth.

“To feed a starving child is to exacerbate the world population problem,” declared Cornell professor Lamont Cole, a long-time leader of the Ecological Society of America.

“The right to have children should be a marketable commodity, bought and traded by individuals but absolutely limited by the state,” wrote prominent enviromentalist Kenneth Boudling, author of “The Economics of the Coming Spaceship Earth.”

“The only hope for the world is to make sure there is not another United States: We can’t let other countries have the same number of cars, the amount of industrialization, we have in the U.S. We have to stop these Third World countries right where they are. And it is important to the rest of the world to make sure that they don’t suffer economically by virtue of our stopping them,” declared Michael Oppenheimer of the Environmental Defense Fund 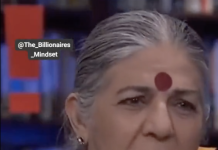