An Overland Park, Kansas girl was charged with a felony after the cops say she made “a gun-like gesture”

The unidentified 13 year old was was arrested and charged Sept. 19 with a felony for threatening a mass shooting according to a spokesperson for the Johnson County District Attorney’s Office.

Johnson County court documents detail the charges against the tween as “unlawfully and feloniously communicated a threat to commit violence, with the intent to place another, in fear, or with the intent to cause the evacuation, lock down or disruption in regular, ongoing activities …” or created just the risk of causing such fear.

According to reporting by the Kansas City Star the tween terrorist was asked by students in her class to name five people she wanted to kill. Allegedly, she pointed at five other students with a finger gun gesture.

Overnight, some students reported the incident and the school resource officer conducted an investigation. That investigation led to the arrest.

If convicted, the girl could face a year in juvenile detention.

Maybe we should be more worried about the future of a country where 13 year old girls are arrested and charged with a felony for making “finger guns.” 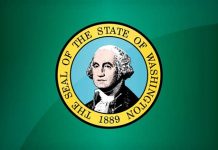