This autumn will mark 30 years since Margaret Thatcher departed 10 Downing Street as the first woman and longest-serving British Prime Minister of the 20th Century. What an amazing tenure it was!

In 1979, the Iron Lady assumed the premiership of a country riven with labor strife, racked by stagflation and run down by decades of nanny government. Britain struggled on all fronts as the sick man of Europe. For the most part, Thatcher didn’t propose to fix big problems through small tweaks as other cowardly or unprincipled politicians were suggesting. She set about, in her words, to “roll back the frontiers of the state.” She wanted to reinvigorate the country by restoring a culture of entrepreneurship and respect for private property. She reminded the nation of these objectives during her second of three terms when she declared,

I came to office with one deliberate intent: to change Britain from a dependent to a self-reliant society—from a give-it-to-me, to a do-it-yourself nation. A get-up-and-go, instead of a sit-back-and-wait-for-it Britain.

A woman of convictions, she thought the unprincipled in government deserved to take a fall because they were too afraid to take a stand. She was more interested in doing what she thought was right than what was politically palatable, as evidenced in this well-known remark: “To me, consensus seems to be the process of abandoning all beliefs, principles, values and policies in search of something in which no-one believes, but to which no-one objects.”

At a policy meeting once, she famously pulled out a copy of F. A. Hayek’s The Constitution of Liberty from her handbag, slammed it down on the table and declared, “This is what we believe!” On another occasion, she observed that

Marxists get up early in the morning to further their cause. We must get up even earlier to defend our freedom.

She defied conventional wisdom about the “glass ceiling” women in British politics faced. And she understood the issues that ordinary people faced, noting in a 1971 interview that “I started life with two great advantages: no money, and good parents.”

Painfully at first, her policies wrenched the country from its doldrums to a new era of progress and confidence. Her eleven years in Britain’s top job proved that a vigorous program of privatization, deregulation, and tax reduction is an effective antidote for disastrous collectivism. She was increasingly skeptical of the European Union, partly because of its penchant for bureaucracy and regulation and partly because of its effort to homogenize the features that made each country special.

Thatcher died in 2013 but had she lived another seven years, she would likely be cheering Brexit, which finally happened last month. She told the House of Commons in 1991, “Our sovereignty does not come from Brussels—it is ours by right and by heritage.” In her 2002 book, Statecraft: Strategies for a Changing World she states:

“Europe” in anything other than the geographical sense is a wholly artificial construct. It makes no sense at all to lump together Beethoven and Debussy, Voltaire and Burke, Vermeer and Picasso, Notre Dame and St. Paul’s, boiled beef and bouillabaisse, and portray them as elements of a “European” musical, philosophical, artistic, architectural or gastronomic reality. If Europe charms us, as it has so often charmed me, it is precisely because of its contrasts and contradictions, not its coherence and continuity.

She wasn’t perfect, of course, and she compromised where she felt she had to. But she was right about the big picture, especially the evils of socialism and the virtues of freedom. As I wrote in this 2013 tribute at the time of her passing, titled “Ugliness from Ugly Ideas”:

[S]ocialists despised her because she stood up to them, questioned their false compassion, and dared to expose statism as the senseless, dehumanizing cult that it is. She rhetorically ripped the velvet glove from the iron fist and spoke of welfare-state socialism as a wolf in sheep’s clothes. Those are things state worshipers cannot abide.

As this presidential election year in America unfolds, I can’t help but wonder what Margaret Thatcher would think of our politicians and their promises. No doubt she would decry Washington’s bad, bipartisan habits of spending and debt. I think, however, she would reserve special disdain for those vote-buying demagogues who traffic in class warfare and socialism of any stripe. I can easily see her scolding Bernie Sanders in terms like,

We already tried what you’re advocating and it failed miserably. Grow up, get a real job for a change and learn something from history and economics!

Her Thoughts on Socialism

No need to take my word for it, though. I offer here some of Margaret Thatcher’s most incisive remarks about the socialism some Americans seem attracted to these days. They stretch across decades of her public life:

This is a guest post by Lawrence W. Reed President Emeritus, Humphreys Family Senior Fellow, and Ron Manners Ambassador for Global Liberty at the Foundation for Economic Education. He is also author of Real Heroes: Incredible True Stories of Courage, Character, and Conviction and Excuse Me, Professor: Challenging the Myths of Progressivism. Follow on Twitter and Like on Facebook. 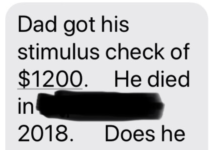 Was this Congressman right about the bailout? 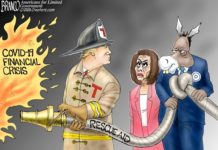 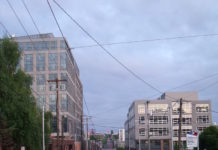