Why such a drastic drop?

It’s all thanks to the financial crisis and the ensuing Dodd-Frank financial legislation and regulation, including the amendment by Sen. Dick Durbin (D-Ill.), capping interchange bank fees at the behest of big retailers.

Interchange bank fees are those that banks collect from merchants who accept debit card payments. Dodd-Frank authorized the Federal Reserve to regulate those fees.

After the Durbin amendment, banks saw between a $6.6 billion to $8 billion drop in revenue per year, according to a study by Brad Hubbard of the University of Chicago Law School.

In addition, separate Fed-mandated rules limiting consumer overdraft fees also contributed in part to losses of bank revenue, then- IBISWorld analyst Eben Jose noted in the Bankrate.com article: “That had a drastic kind of an effect on their revenue for retail banking… They need to find a way to make up for these fees in other ways.”

In 2009, prior to the regulation, overdraft fees hit a high of $37 billion. In 2017, that number was down to $34 billion, with calls for even stricter rules following.

As a result, to offset the lost revenue of these regulations, banks have resorted to increasing fees for holding a checking account.  According to Mybanktracker.com’s Simon Zhen,  monthly maintenance fees which topped an estimated $3.5 billion in 2017.

So, by limiting the fees associated with merchants processing debit cards, and overdraft fees, the revenue losses were simply lumped into the cost of having a checking account. But is anyone surprised?

This is what always happens when the government steps in to increase taxes or regulations on private companies. Invariably, the costs are passed on to consumers one way or another.

Making matters worse, now large retailers and hospitality businesses are at it again and urging the federal government to now go after credit card interchange fees, which if acted upon will again simply be passed on to consumers in other ways, including with higher interest rates. It never ends.

That is why President Donald Trump and Congress should work together to block any expansion of the Durbin amendment in any phase four or other legislation that comes up this year, and if anything should roll back these regulations that punish lower income Americans who are forced to pay greater bank fees at the behest of certain business interests. 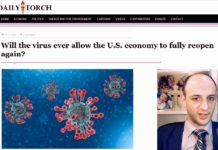 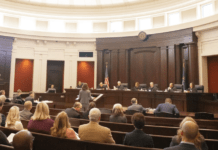 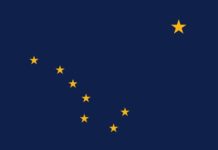