Last year, I shared this video from the Competitive Enterprise Institute to help explain how government bureaucrats are making it harder for Americans to clean their plates, bowls, and silverware.

Washington’s dishwasher mandate is just one example of how red tape diminishes the quality of life.

Bureaucrats have concocted other ways of spreading misery and frustration.

Call me crazy, but I don’t like spending extra time in the shower, flushing more than once, and risking self-immolation when I refill my lawnmower.

But there is a bit of good news. The Trump Administration wants to make it easier for us to clean up after dinner.

The Wall Street Journal’s editorial is a good summary of the issue.

For years American homes have been stuck with dishwashers that take forever and still don’t get the job done. A new Department of Energy rule…will help change that. …Regulations on energy and water usage—tightened in 2013 by the Obama Administration—mean that dishwashers now take at least two hours to complete a full wash cycle. Dishes may still emerge with pieces of last night’s lasagna baked on. …CEI petitioned the Energy Department to allow dishwashers that would reduce the average cycle to one hour from two, while also giving better performance. CEI argued that if the aim of the regulation was to conserve water and energy, it’s unlikely they achieved their purpose. People responded to poor dishwasher performance by pre-rinsing each dish before putting it through their washers, wasting more water… The revised DOE rule is…an example of how common-sense deregulation can deliver real benefits for the public.

And Sam Rutzick of Reason explains this latest development in the battle for clean dishes.

Trump’s Department of Energy finalized a rule establishing a new product class for residential dishwashers that will have a normal cycle time of up to one hour and that can use five gallons of water per cycle. Those rules effectively roll back an Obama-era rule limiting standard dishwashers to use no more than 3.1 gallons of water per cycle. That limit forced dishwasher companies to adjust their products’ cycle lengths. And the supposedly more efficient but less useful dishwashers have been a punchline…the average dishwasher cycle time has jumped from the one-hour cycle that was common a decade ago to more than two hours today. The tighter rules didn’t lead to energy savings for customers. …they actually increased water consumption by 63 billion gallons, as households would have to run their dishwashers multiple cycles, or pre-rinse their dishes by hand, in order to get dishes actually clean.

Joe Biden may reverse this important bit of deregulation.

Unfortunately, the new rules may not last. While the incoming administration has been vague about which deregulatory efforts they intend to undo, they have spoken in favor of tightening environmental regulations—and the new dishwasher rules could be a casualty. If so, that’ll be bad news for consumers.

For what it’s worth, while he embraced some very bad policies during the campaign, I don’t think Joe Biden is a Bernie Sanders-style nutjob.

But I fear environmentalism is an area where he will push policy significantly to the left.

So I’m not overly optimistic that we’ll have better dishwashers in the future.

The only good news is that Americans, every time they do the dishes, will have an irritating reminder that government is the problem rather than the solution.

P.S. Yes, I realize better dishwashers are not as important as better tax policy (or as important as worse trade policy), but I don’t think politicians should be undermining our quality of life. 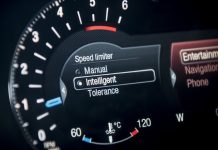 Is Uncle Sam about to put his boot on your car brake? 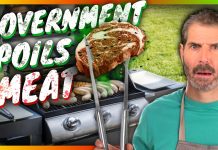