by Bob Barr, reproduced with permission.

Last week, members of California’s Oakley Union Elementary School Board were caught in a “hot mic” moment. In a video conference these board members mistakenly thought included only themselves, they mocked and disparaged parents who wanted to see their students finally return to the classroom. It could not have been a more perfect summation of how the COVID-19 pandemic has exposed America’s public education system, or “Big Ed,” as the tone-deaf Ivory Tower it truly is.

Meet Matt Meyer. White man with dreads and president of the local teachers' union. He's been saying it is unsafe for *your kid* to be back at school, all the while dropping his kid off at private school:https://t.co/BAIR5xH8LY#OpenSchoolsNow

In fact, “tone-deaf” is the most forgiving way to phrase their conduct over the last year. It would more accurately be described as cowardly, heartless, and derelict; in a word, craven. From the very beginning of the pandemic, the National Education Association, Big Ed’s largest union, seized on COVID as an opportunity to turn in-classroom learning into a partisan wedge issue, which they believed could help put more Democrats into office. Even when data and research began rolling in, suggesting that schools were both scientifically safe for in-classroom learning, and that students – especially poor and minority students – were severely harmed emotionally and academically by the farce of “remote” schooling, the NEA and its membership maintained the charade of refusing to return to work for “safety’s sake.”

This is not to say that school boards, highly paid district officials, and “concerned” teachers were not hard at work during the pandemic. They just had more important matters than spending their precious time getting kids back in the classroom; important matters, like removing names of former American presidents such as Abraham Lincoln and George Washington from school buildings.

COVID quite clearly has demonstrated that the welfare of school children and the quality of their education, is not a top priority for Big Ed. Those in charge would rather mock parents and students concerned for their children’s educational futures, than admit they made a mistake with COVID and get to work repairing the damage. Tragically, however, these teachers are able to get away with behaving so disgracefully because their political power insulates them from accountability. Politics, money, and power are the motivating factors for what public education has become under the watch of Democrats.

It is time for that to change.

For those teachers truly called to the profession for the purpose of education – not activism – it is time to “burn their NEA cards” and stop funding what is now less a union than a Democrat super PAC. Instead, these teachers should look for alternative means of professional development, support, and legal assistance, such as the Association of American Educators or other professional organizations not affiliated with the NEA.

For parents, especially conservative parents, it is time to regain control of districts currently in the hands of out-of-touch charlatans who vilify anyone daring to question the Big Ed orthodoxy, by running for local school board seats. This will necessarily include quickly nipping in the bud cockamamie “social justice” programs masked as educational curriculum, as well as ridding bloated district offices of the overpaid salaries of those responsible for coming up with such schemes.

Finally, citizens must use their votes to hold Democrats and Republicans alike accountable for what is being done to the public education system on the taxpayer’s dime. The COVID-era travesties within public education did not occur just inside heavily Democrat districts, but in so-called “red” ones as well. While districts in far-Left cities like New York City, Portland, Oregon, and San Francisco face both momentous political and cultural challenges, the monopoly Big Ed has created within the education system will need to be broken up from Miami to Seattle, and everywhere in between. Private schools (and needs-based voucher programs), charter schools, and home-schooling alternatives are essential to ensuring a quality education is able to survive the political gamesmanship of public ed officials when the next “crisis” occurs.

To be sure, few jobs are as noble and require as much sacrifice as teaching, particularly in public schooling. However, as parents and taxpayers, we must not let the carefully crafted “martyrdom mystique” of teaching distract from holding these individuals accountable if they take advantage of our appreciation by holding hostage the education of our children, especially when their ransom demand is more partisan power. We have a duty to demand accountability from them, and in failing to get it, a duty then to clean house.

Bob Barr represented Georgia’s 7th District in the House of Representatives from 1995-2003. He now practices law in Atlanta, Georgia and is Chairman of Liberty Guard (a non-profit, pro-liberty organization). He also heads the Law Enforcement Education Foundation (LEEF) and a consulting firm, Liberty Strategies. Originally published here and Townhall. 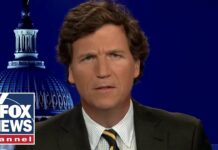 Tucker fires back at criticism over immigration, voting comments 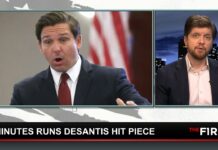