LOL! The group behind the ransomware that took down Colonial Pipeline late last week has apologized for the “social consequences,” claiming that its goal is to make money, not cause societal problems. The group is called DarkSide, and the FBI has confirmed that the group’s malware was responsible for compromising one of the US’s largest fuel pipelines.

Apologize they might – but the gas at my local pump shot past $3 this morning and I haven’t seen that since Trump wrangled the oil industry into shape.

Colonial Pipeline is one of the largest U.S. fuel pipelines, transporting more than 100 million gallons of gasoline and other fuel daily from Houston to the New York Harbor, and it’s limping back to full operation after a ransomware cyberattack forced the temporary shutdown of all operations late last week — an incident that laid bare vulnerabilities in the country’s aging energy infrastructure which is mostly run on ancient, unprotected software and is super-easy to hack. Ransomware locks out the rightful user of a computer or computer network and holds it hostage until the victim pays a fee. Ransomware gangs have also threatened to leak sensitive information in order to get victims to meet their demands. This is made very easy when the oldest computer in an office is running Windows 2000 or there’s an insecure port in the HVAC system. 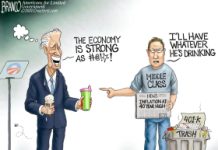 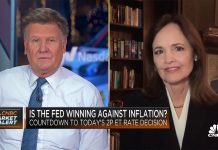