A Nov. 2017 study on bat-to-human Covid transmission co-authored by the Director of the Center for Emerging Infectious Diseases at the Wuhan Institute of Virology, Dr. Shi Zheng-li, was “jointly funded by… the National Institutes of Health (NIAID R01AI110964), the USAID Emerging Pandemic Threats (EPT) PREDICT program to PD and ZLS,” among others, according to the study itself.

Fourteen of the study’s authors, including Dr. Shi, are attributed as a part of the “CAS Key Laboratory of Special Pathogens and Biosafety, Center for Emerging Infectious Diseases of Wuhan Institute of Virology, Chinese Academy of Sciences, Wuhan, China,” on the first page of the study.

The grant came atop EcoHealth’s participation in the USAID’s Emerging Pandemic Threats PREDICT $200 million program, also cited as funding part of the 2017 study.

In questioning from Sen. Rand Paul (R-Ky.) on May 11, Dr. Anthony Fauci, who heads the National Institute of Allergy and Infectious Diseases stated “[The] NIH has not ever and does not now fund gain-of-function research in the Wuhan Institute of Virology.”

When Paul asked if “Covid 19 could not have occurred through serial passage [a method of creating a virus] in a laboratory,” Dr. Fauci stated, “I do not have any accounting of what the Chinese may have done and I am fully in favor of any further investigation of what went on in China,” and added, “However, I will repeat, the NIH…categorically has not funded gain of function research to be conducted in the Wuhan Institute of Virology.”

But according to the grant itself, the funding was for a study in China of “bat-CoV serology against human-wildlife contact and exposure data to quantify risk factors and health impacts of SARSr-CoV spillover” and to “use S protein sequence data, infectious clone technology, in vitro and in vivo infection experiments and analysis of receptor binding to test the hypothesis that % divergence thresholds in S protein sequences predict spillover potential,” according to the grant award from NIH.

And it was “gain of function” research, Wade contends. Referring the NIAID grant that began in 2014 given to EcoHealth’s use of “S protein sequence data, infectious clone technology, in vitro and in vivo infection experiments,” Wade explained: “What this means, in non-technical language, is that Dr. Shi set out to create novel corona viruses with the highest possible infectivity for human cells. Her plan was to take genes that coded for spike proteins possessing a variety of measured affinities for human cells, ranging from high to low. She would insert these spike genes one by one into the backbone of a number of viral genomes (‘reverse genetics’ and ‘infectious clone technology’), creating a series of chimeric viruses. These chimeric viruses would then be tested for their ability to attack human cell cultures (‘in vitro’) and humanised mice (‘in vivo’). And this information would help predict the likelihood of “spillover,” the jump of a corona virus from bats to people.”

All of which raises questions about whether Dr. Fauci is being fully forthcoming to Congress as it attempts to conduct oversight, as members raise questions about what role both the Wuhan Institute and federal funding could have played in the pandemic, if any.

If it is even possible that the virus came from a lab — and it is certainly possible as Wade quoted Richard H. Ebright, a molecular biologist at Rutgers University: “It is clear that the Wuhan Institute of Virology was systematically constructing novel chimeric corona viruses and was assessing their ability to infect human cells and human-ACE2-expressing mice… It is also clear, that, depending on the constant genomic contexts chosen for analysis, this work could have produced SARS-CoV-2 or a proximal progenitor of SARS-CoV-2” — then the American people have a right to know what really happened.

Additionally, a May 14 letter to Science magazine co-authored by Dr. David Relman of Stanford University School of Medicine and 17 other doctors  says a lab accident remains a “viable” hypothesis alongside a natural event, and urging further review of the subject: “Theories of accidental release from a lab and zoonotic spillover both remain viable. Knowing how COVID-19 emerged is critical for informing global strategies to mitigate the risk of future outbreaks… In November, the Terms of Reference for a China–WHO joint study were released. The information, data, and samples for the study’s first phase were collected and summarized by the Chinese half of the team; the rest of the team built on this analysis. Although there were no findings in clear support of either a natural spillover or a lab accident, the team assessed a zoonotic spillover from an intermediate host as ‘likely to very likely,’ and a laboratory incident as ‘extremely unlikely’. Furthermore, the two theories were not given balanced consideration. Only 4 of the 313 pages of the report and its annexes addressed the possibility of a laboratory accident. Notably, WHO Director-General Tedros Ghebreyesus com-mented that the report’s consideration of evidence supporting a laboratory accident was insufficient and offered to provide additional resources to fully evaluate the possibility. As scientists with relevant expertise, we agree with the WHO director-general, the United States and 13 other countries, and the European Union that greater clarity about the origins of this pandemic is necessary and feasible to achieve. We must take hypotheses about both natural and laboratory spillovers seriously until we have sufficient data.”

Notably, one of the letter’s coauthors is Dr. Ralph Baric of the Department of Epidemiology and Department of Microbiology & Immunology, University of North Carolina at Chapel Hill, one of Dr. Shi’s long-time research collaborators, and one of the world’s foremost experts on novel coronaviruses. In a 2015 study, Baric and Shi were able to combine two separate coronaviruses to create a new one. It appears Baric is worried that such an experiment could have absolutely been the cause of the pandemic, but more investigation is needed.

Did the Covid pandemic have a similar origin? Clearly, the jury is still out, and not enough attention is being given to the potentiality of a lab-based accident. This is inexcusable.

To get answers, U.S. Rep. Bill Posey (R-Fla.) is proposing H.R. 834, which would create a bipartisan commission to look at the origins of the virus. In a Feb. 26 oped at the Washington Examiner, Posey argued, “To find these answers and to holistically address the numerous problems that the pandemic has revealed, Congress should establish a bipartisan commission to obtain a full account of the events of the pandemic and provide guidance for future actions. We must resolve to know with the greatest degree of certainty the origins of the virus, what steps could have been taken to slow its spread, lessons learned from lockdowns, developing effective therapies and vaccines, pandemic preparedness, and importantly, how we can best prevent such pandemics in the future.”

With more than 3.3 million dead from the virus worldwide and counting, the American people have a right to know if the science they are funding through USAID and the NIH could have created Covid in a laboratory with their tax dollars, or if it simply grew in the wild. This will tell the world whether this type of research is simply too dangerous to continue to be permitted, if it was essential in developing a vaccine, or both. But saying U.S. tax dollars were not going to Wuhan is not going to fly any more. 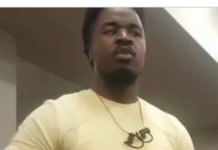 Best Tanks in the World