Hamas, the Palestinian wing of the Muslim Brotherhood, has orchestrated Palestinian political violence for the past few weeks as part of its annual propaganda/terrorist offensive against Israel during Ramadan, the Islamic holy month.

After Hamas and its political rival, the Palestinian Authority, competed to promote violent clashes with Israeli police at Muslim holy sites in Jerusalem, Hamas in effect hijacked the protests and launched more than 1,000 rockets at Israel from Gaza, instigating its fourth mini-war with Israel since 2008.

A confluence of events provided convenient pretexts for the violence. Political tensions surged ahead of Israel’s annual Jerusalem Day celebrations, commemorating the capture of East Jerusalem in the 1967 Arab-Israeli war. A long-simmering real estate dispute in the Jerusalem neighborhood of Sheikh Jarrah, involving four Palestinian families living on Israeli-owned land, was due to be resolved by an Israeli court.

That dispute, in a neighborhood that Palestinians hope to claim as part of a Palestinian state, was exaggerated to apocalyptic dimensions by Palestinian militants eager to ignite Palestinian riots against Israel.

Hamas seized the opportunity to exploit the crisis by posing as a guardian of Palestinian civil and religious rights, despite the fact that it systematically represses Palestinian human rights in Gaza. Hamas flags proliferated at Jerusalem’s Al-Aqsa mosque on May 10, which was occupied and barricaded by Palestinian militants who battled Israeli police.

Hamas issued an ultimatum, threatening to attack if Israel did not withdraw its police by Monday evening. When Israel ignored that blackmail attempt, Hamas unleashed a rocket barrage at Jerusalem and southern Israel.

Since Monday, more than 850 rockets have detonated inside Israel, killing seven Israelis. Another 200 rockets fell short, landing inside Gaza.

Many of the most dangerous rockets deployed by Hamas and Palestinian Islamic Jihad, another Islamist terrorist organization, are provided by Iran, which shares their goal of destroying Israel.

The lethal threat posed by the rockets has been mitigated by Israel’s Iron Dome missile defense system, which reportedly is about 90% effective in intercepting incoming warheads.

Israeli Prime Minister Benjamin Netanyahu ordered a military response after the rocket attacks, noting: “We did not want to escalate, but those who chose to escalate will be hit forcefully.”

Although Hamas has lost on the battlefield in each rocket war, it believes it has scored an ideological victory by “resisting” Israel, despite the hardships that its scorched earth strategy imposes on Palestinians, who are the biggest victims of the Hamas terrorist strategy.

Iran and Palestinian extremists are the only winners in the current crisis, which distracts global attention from Iran’s ongoing threats and the plight of Palestinians held hostage and repressed by Hamas in Gaza.

What Can America Do to Help Contain Escalating Conflict?

The Biden administration has sought to restore aid and rebuild ties to the Palestinian Authority, while distancing itself from Israel’s Netanyahu government. This has emboldened Palestinian militants, who hope to further isolate Israel.

Washington should rethink this approach. It needs to take a tougher stand against Palestinian terrorism and Hamas, which seeks to block any peace efforts by transforming the Israeli-Palestinian conflict into a religious struggle in which compromise is tantamount to blasphemy.

The Biden administration should unequivocally support Israel’s right to self-defense and back Israel to the hilt at the United Nations Security Council. It also should support diplomatic efforts by Egypt to wind down the crisis without jeopardizing Israeli deterrence of future Hamas rocket attacks.

The U.S. should work with Arab partners to undermine Hamas’ control of Gaza. As long as Hamas retains its chokehold there and the capacity to unleash rocket terrorism, there can be no sustained peace.

The Biden administration should also widen peace efforts by expanding on the Trump administration’s successful push to broker the Abraham Accordsbetween Israel and the United Arab Emirates, Bahrain, Sudan, and Morocco. These and many other Arab states are threatened by the same Islamist terrorism that Hamas inflicts on Israel.

Finally, the U.S. should continue building strong strategic cooperation with Israel, particularly on missile defense and containing Iranian threats. Some of the same kinds of Iranian-made rockets and missiles that threaten Israel from Gaza, Lebanon, and Syria also pose threats to U.S. troops and diplomats in Iraq and elsewhere.

James Phillips is the senior research fellow for Middle Eastern affairs at the Douglas and Sarah Allison Center for Foreign Policy Studies at The Heritage Foundation. He has written extensively on Middle Eastern issues and international terrorism since 1978. Read his research. Reproduced with permission. Original here. 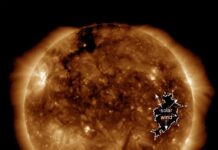 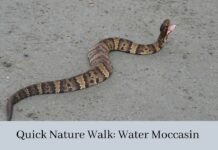 Yep, this one is a water moccasin