President Biden has touted his proposed $2+ trillion in “infrastructure” spending, which also includes all sorts of unrelated partisan waste, as first and foremost, a jobs-creation bill. It’s right in the name: the “American Jobs Plan.” Biden himself calls it a “once-in-a-generation investment in America itself,” and has claimed that it would “create up to 16 million good-paying jobs.”

But a new study finds that the president’s multi-trillion-dollar spending plan would actually reduce overall employment.

Remember, the spending plan also includes trillions in corporate tax hikes to partially pay for it. Corporate tax increases are widely known for their job-killing effect, as companies have less money available to invest in and otherwise expand their enterprises.

So, the right-leaning Tax Foundation weighed the benefits of Biden’s proposal against the economic consequences the business tax hikes would have. As a result, the experts conclude that on net, the president’s multi-trillion “investment” would ultimately lead to lower economic growth, lower wages, and 101,000 fewer American jobs over the long run.

It’s mind-boggling to think that the White House is asking taxpayers to shell out trillions on a grand “investment” plan that will leave us with fewer jobs and smaller paychecks than we started with. But the takeaway from this story is more than just the fact that one policy proposal isn’t worth its costs. This is yet another reminder of the fallacy behind so many government “make work” schemes: the focus on visible benefits while ignoring less visible (but no less real) costs.

Henry Hazlitt famously explained this fallacy in Economics in One Lesson using the example of a bridge. Setting aside the merits of whether we need this particular bridge in a given spot, does building one “create jobs?”

“The argument is that it will provide employment,” Hazlitt writes. “It will provide, say, 500 jobs for a year. The implication is that these are jobs that would not otherwise have come into existence.”

“This is what is immediately seen,” he continues. “But if we have trained ourselves to look beyond immediate to secondary consequences, and beyond those who are directly benefited by a government project to others who are indirectly affected, a different picture presents itself. The bridge has to be paid for out of taxes. For every dollar that is spent on the bridge a dollar will be taken away from taxpayers.”

“Therefore for every public job created by the bridge project a private job has been destroyed somewhere else,” Hazlitt concludes. “All that has happened, at best, is that there has been a diversion of jobs because of the project. More bridge builders; fewer automobile workers, radio technicians, clothing workers, farmers.”

In fact, generally the diversion of resources via government spending is worse than just a neutral moving of jobs from one place to another. It usually results in resources being taken away from profit-driven, in-demand markets where society clearly needs investments and instead allocates them based on politics, lobbying, and politicians’ whims. It’s not exactly shocking that this tends to be a less efficient outcome.

As far as Biden’s “American Jobs Plan” is concerned, it’s easy to see the jobs it would “create” by putting people to work on infrastructure projects. But we are fooling ourselves if we stop our analysis there. When we consider all the private-sector jobs that will never come into being due to the increased corporate taxes, there’s no reason to believe that the president’s “once-in-a-generation investment” will have any positive return at all. 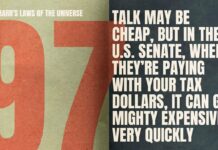 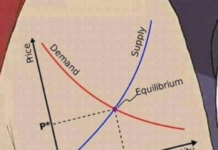