The Department of Justice now says a DoJ court document claiming to have  recovered a “fully constructed U.S. Capitol Lego set” from the home of a man charged in the Jan. 6 Capitol breach was “a miscommunication,” and the Lego set was actually unconstructed and in a box. Robert Morss, 27, is accused of leading fellow rioters in what prosecutors say was “one of the most intense and prolonged clashes” with officers on Jan. 6.

The new court filing said, “In original detention memoranda, the undersigned stated that law enforcement found a ‘fully constructed US Capitol Lego set.’ That statement appears to be inaccurate. The Lego set was in a box and not fully constructed at the time of the search.”

Once again, the Justice Department has had to admit that they lied about events surrounding January 6th. While the Lego lie may seem silly, it is part of a pattern that federal law enforcement has demonstrated in this case, and indeed over the past five years.

The most egregious example of this lying for public relations purposes was the death of Capitol Police Office Brian Sicknick. He was the officer who laid in state and was eulogized by Democrat and Republican members of Congress alike for his bravery in dying in defense of the Capitol. Only problem was, while Officer Sicknick did die on January 7, the coroner’s report shows that it had nothing to do with the events of January 6th. He was not hit in the head with a fire extinguisher and the Capitol Police knew it. Officer Sicknick checked in at the end of his shift with no signs of physical injury, so the Capitol Police knew that his death was unrelated and certainly that he was not injured as was reported.

The Lego lie just reinforces how out of control our nation’s FBI has become. The hundreds of people being held without bail in inhumane conditions demonstrates that the very essence of our judicial system, the presumption of innocence, has been run over by the political weaponization of federal law enforcement. The time is now for the Justice Department to either move forward with trials, or grant bail for people from all over the United States, some of whom never even entered the Capitol complex. Much more than a stolen podium is at stake, the very essence of our liberties are on the line. It’s time for the Biden Justice Department to either put up or shut up.

Our basic constitutional liberties including the Fourth and Fifth Amendments have been eviscerated by the administrative state at the Justice Department that has been put on steroids by President Joe Biden and Attorney General Merrick Garland.

Citizens of the United States have a right to the presumption of innocence, a right protecting them from the government engaging in malicious prosecutions against political opponents and to be free from the surveillance state snooping into personal business with no probable cause.

In recent months we have seen a disturbing pattern of abuses from the Biden DoJ.

They raided Roger Stone’s home and then maliciously prosecuted him for crimes he did not commit just because he was former President Donald Trump’s friend.

They have raided Rudy Giuliani’s home on a fishing expedition just because he was Trump’s personal attorney and supporter.

They have wrongly engaged in a no-knock raid of an innocent couple in Alaska which fortunately did not end up in gunfire and death as happened with Breonna Taylor, just because they happened to attend the Save America rally on Jan. 6 outside the Capitol.

It is time that Congress wake up regardless of party and stand against executive branch abuses of power and the ongoing politicization of federal law enforcement agencies by any means available, including withholding funding in this year’s appropriations bills.

When it comes to individual rights, there can be no compromise. After all, the Bill of Rights and subsequent amendments prescribe that the federal government should protect individual liberties from any government encroachment. If Congress will not fight to protect it, then liberty will be lost. 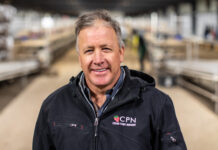 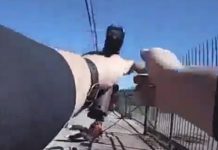 Qualified Immunity Is Still the Key to Real Police Reform 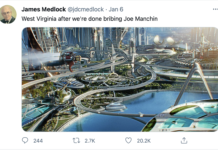