Americans for Prosperity (AFP) urged lawmakers to reject a border carbon tax, which some are looking to include in Sen. Bernie Sanders’ $3.5 trillion “infrastructure” reconciliation package. A border carbon tax would devastate the economy – hurting American farmers, manufacturers, and small businesses – and make life harder for people, while doing little, if anything, to improve the environment.

“Making things more expensive for Americans isn’t going to improve the environment, but it will make a lot of people worse off – particularly the least fortunate. Environmental stewardship and a growing, thriving economy aren’t mutually exclusive – to the contrary, they must go hand in hand. Importing a border carbon tax would cause incredible harm to our economy, inviting retaliatory tariffs from other countries, burdening farmers with higher costs, and causing prices on everyday goods like fuel and groceries to skyrocket even higher and faster than they are already. Ultimately, it would also put the kind of innovation needed to improve the environment further out of reach.

“Beyond being harmful policy, a border carbon tax also runs afoul of established trade agreements and would be nearly impossible to implement. Washington needs to shake loose this flawed mindset that the only path to a flourishing, healthy environment is economic pain and higher taxes – it’s the exact opposite.”

AFP also criticized other energy policies found in Sen. Bernie Sanders’ so-called infrastructure reconciliation package that taken together would cause unprecedented harm to the economy and undermine environmental stewardship: 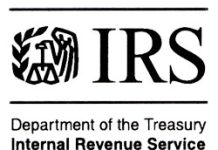