The WEF-driven, UN Agenda 2030 plan to move us all to controllable high-density areas with indoctrination, rewilding, insect eating, ‘borrowed property” and transport for the elites is well underway. The end game in the Infrastructure Bill appears to be limiting individual freedom of movement and forcing people into large clusters connected by easily-controlled rail/air corridors.

Buried on page 508 of the 2,702 page infrastructure bill is a pilot program for a national motor vehicle per-mile user fee (MBUF) which is basically a long-term plan to make it too expensive to drive a car.

The end game here appears to be limiting individual freedom of movement and forcing people into large clusters connected by easily-controlled rail/air corridors.

The objectives of the pilot program are—

(A) to test the design, acceptance, implementation, and financial sustainability of a national motor vehicle per-mile user fee;

(B) to address the need for additional revenue for surface transportation infrastructure and a national motor vehicle per-mile user fee; and

(C) to provide recommendations relating to the adoption and implementation of a national motor vehicle per-mile user fee.

According to the bill, the government will seek out “volunteers” in all 50 states to test various tools for collecting the miles driven by both commercial and private vehicle operators, which include:

(G) Any other method that the Secretary considers appropriate.

Each volunteer will be allowed to select the tool used to collect the data, according to the bill. 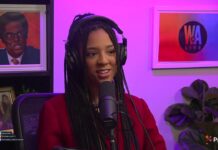 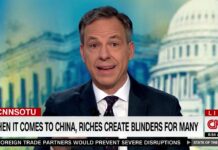 Because you don’t watch CNN you probably missed hell freezing over!