I’ve got a new one for you. Many of us feel there’s an elite group out there pulling the strings somehow to try and control the little people like us. That’s why the New World Order, the World Economic Forum, the United Nations and its agencies such as World Health Organization, the International Monetary Fund, the World Bank and its “peace keeping” forces concern us so much. They are eating the liberty elephant a bite at a bite and gradually eroding our freedoms.

Well some people think there’s a secret signal. What do you think? Funny hand gesture or deliberate sign? If you want more photos go here to see everyone from British prime ministers to famous actors and singers flashing the sign.

What's all this then? pic.twitter.com/zX6OaEfljg

In Germany where their leader(s) have been flashing the sign for years, it is called the Merkel-Raute (German for “Merkel rhombus”) It’s a hand gesture made by resting one’s hands in front of the stomach so that the fingertips meet, with the thumbs and index fingers forming a rough quadrangular shape.

So what is the sign? Some think it is the Illuminati triangle. When someone poses with their eye behind the triangle, it leads some to think the symbol is of an “all seeing eye” similar to the one that shows on the US dollar bill. An all seeing eye or third eye is symbolic of communicating with Lucifer and is a symbol of Illumination. Some think it’s an ancient Masonic sign. Some, the sign of the devil.

Maybe it’s just what famous people do to keep their hands under control when speaking. But who knew there was a whole conspiracy theory abounding about it?!

And it is all rather weird. Look at this video of Mitch McConnell and how he reacts when the sign is flashed at him. Coincidence or signal? 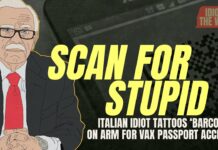 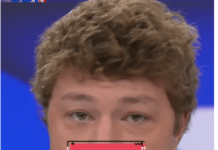