California may be a trendsetter or bellwether in many ways, but after 10 grid alerts and emergency declarations in as many days, let’s hope that’s not the case when it comes to energy and climate policy.

Over the past two weeks, shortly after state bureaucrats finalized a regulationbanning sales of gasoline-powered cars after 2035, Californians received emergency notices from the state’s regional grid operator (the “referee” responsible for grid reliability) to curtail electricity use in hopes of avoiding blackouts.

Such a heat wave is out of Californians’ control, but hot, dry weather is nothing new for California and should be a given when planning for grid reliability.

Instead, California policymakers have been chasing two competing policy priorities, neither of which have anything to do with reliability.

In one direction, California is trying to force electrification of everything. For example, California:

California’s other major policy objective is to mandate “net zero” greenhouse gas emissions from the entire economy by no later than 2045, much like Europehas done. To this end, the state attorney general is opposing expansion of a natural gas pipeline from Canada, and the Legislature recently passed more stringent regulations on oil- and gas-production wells.

California also mandates that more than half of its electricity come from renewable energy by 2030. It has almost entirely eliminated coal-fired electricity generation and imports, and lost 5 gigawatts of natural gas power in the past decade.

Confoundingly, California also opposes emissions-free nuclear power and has lost more than 2 gigawatts in the past decade while nearly losing its last nuclear plant, Diablo Canyon (before the Legislature changed its mind and recently passed a $1.4 billion forgivable loan to keep it running for five additional years).

While California has increased wind and solar capacity by nearly 17 gigawatts in the past decade to meet mandates and to attempt to replace lost power from other sources, theoretical capacity does not necessarily translate to actual power generation.

The inconvenient reality of solar panels is that they are of little use when the sun begins to set and demand for electricity increases. It was unsurprising that the California grid operator’s latest emergency notices often started at 4 p.m., and emergency requests were issued for certain natural gas- and even oil-powered facilities to stay online.

In other words, at the same time California is pushing policies to increase electricity demand, it’s also shutting off access to major sources of electricity.

For years, the grid-reliability coordinators for California and for all of North America have known that California’s “electricity resources are insufficient to manage the risk of load loss when wide-area heat events occur.” Instead, California outsources grid reliability to other states and depends on imports for 20% to 30% of its electricity, making California the nation’s largest electricity importer.

Yet, the Biden administration is seeking to export California’s policy gamble for electrification and “net zero” greenhouse gas emissions to the rest of the country.

As Californians just experienced, greenhouse gas emissions are not the most important—let alone only—priority when it comes to keeping the lights on.

Reliability matters, yet thousands of Californians went without power, and the grid was in a state of emergency for 10 days.

Affordability matters, yet Californians routinely pay some of the highest pricesin the country.

And, regardless of one’s opinion on global warming, California could eliminate all of its greenhouse gas emissions immediately with no discernible impact on global temperatures by the end of the century.

Congratulating California for successfully avoiding major blackouts this time, then, seems like congratulating a gambling addict for not losing the house.

A beauty of America’s system of government is that it allows California to run its own experiment. But California’s ideas tend to move east, and Americans should work their hardest to keep President Joe Biden from forcing this gamble onto the rest of the country.

Katie Tubb is a policy analyst for the Thomas A. Roe Institute for Economic Policy Studies at The Heritage Foundation. Reproduced with permission. Original here. 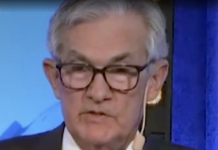 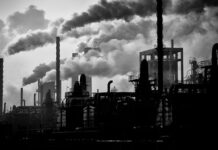 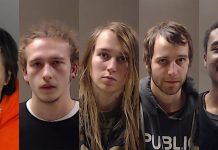