This tweet set the Twitterverse a-twitter yesterday. I have chased it down on the internet and can’t find any hard data to confirm or deny it. But it gives us a chance to recap on Klaus and his plans for world domination. Did you know he recently congratulated the Chinese on their style of government?

The WEF is a dangerous, unelected entity backed by billionaires with anti-human agendas seeking global governance and a twisted economic paradigm they call stakeholder capitalism which they aim to implement through their avowed mission: The Great Reset. It advocates a complete reimagining of the Western world’s social, economic and moral structures.

The forum began in 1971 as a conference where a few political leaders and celebrities from different industries and activities gathered and the occasion was paid for by admission fees happily tendered by a selection of prosperous people from different countries who wished to rub shoulders with the prominent featured guests. It was a winning commercial formula and it grew and grew. It never moved to a more commodious and stylish place than the dreary and remote Swiss town of Davos.

It is now a virtual world‘s fair of global political, industrial and even cultural leaders, surrounded by wealthy and eager camp-followers attracted to “networking.“ Davos was the creation, and remains the fiefdom, of a pleasant but not rollickingly gregarious German-Swiss, Klaus Schwab. He has always claimed that his objective is entirely to further international and interdisciplinary understanding, with no ulterior motive and not the slightest interest in self-enrichment, just selfless and tireless efforts to promote human understanding and the inexorable progress towards a better world.

Recently, World Economic Forum founder and Chair Klaus Schwab sat down for an interview with a Chinese state media outlet and proclaimed that “‘China is a model for many nations'” for other nations. For him, it’s an aspirational model of control and complicity.

For a fascinating insight into the WEF from an inside-outside perspective read this brilliant article from Conrad Black. 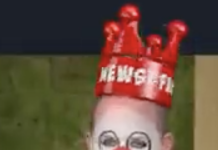 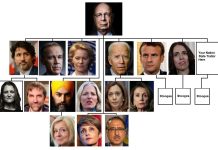 What the WEF-ers are up to now…