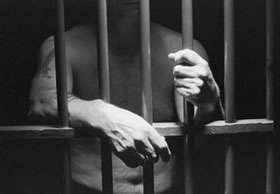 In his book In Search of the Miraculous, the great 20th century thinker, philosopher, and writer, Russian-born P.D. Ouspensky, shares the following insight by his mentor, G.I. Gurdjieff:

If a man in prison was at any time to have a chance to escape, then he must first of all realize that he IS in prison. So long as he fails to realize this, so long as he thinks he is free, he has no chance whatever. No one can help or liberate him by force, against his will, in opposition to his wishes. If liberation is possible, it is possible only as a result of great labor and great efforts, and, above all, of conscious efforts, towards a definite aim.

Think about Gurdjieff’s observation as it applies to many modern-day imprisonments. People are imprisoned by unhappy marriages, unfulfilling jobs, or cities they live in but intensely dislike. Others are imprisoned by crusades, slogans, or dogmas, and still others by guilt, hatred, or envy.

Though few ever recognize it, the majority of people, certainly in the Western world, have the power to escape most of the conditions that imprison them. That’s because most people’s imprisonments are usually caused by their belief systems or, quite often, nothing more than lethargy.

Which is why a person’s freedom begins with his realization that he himself possesses the mental key to his prison door. Once he acknowledges this reality and makes a commitment to do something about it, all he needs to add to the equation to bring about his complete escape is action.

The next time you’re feeling down, search your mind for signs of imprisonment. If you find that the source of your imprisonment is hiding there, recognize that it is within your power to turn your mental key and open the door — then be sure to take action.