There’s a very interesting UPDATE at the bottom of this article.

Armed guard in Maryland, police in Texas remind the nation sometimes the only way to stop determined killers is lethal force, not Democrat-organized walkout rallies 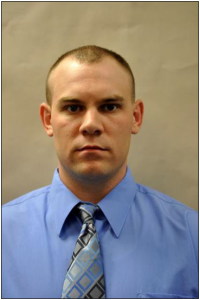 An armed resource officer and first class deputy, Blaine Gaskill, responded with lethal force to stop a shooting at Great Mills High School in Lexington Park, Md. The gunman is dead and, sadly, the girl he shot has also passed, while another boy caught in the crossfire was listed as in stable condition with a bullet wound to the leg.

Far away, in Austin, Texas, as police surrounded the mail bomber responsible for six bombings that killed two and injured six others, ready to shoot him if necessary, the bomber killed himself, blowing himself up.

The school resource officer in Maryland and police in Austin are the real-life heroes who have reminded the nation that sometimes the only thing that can stop a determined killer is lethal force.

To prevent future shootings or bombings, then, will require armed guards to harden otherwise soft targets like schools to minimize the loss of life when these tragic incidents happen. If the question is how to save as many lives as possible when faced with a cold-blooded killer, it’s to kill him first — every time.

It’s common sense. In Latin, the saying was “Si vis pacem, para bellum.” That is, if you want peace, prepare for war.

Some might not have the stomach for this sort of thing but that’s what it will take. Every time.

If a potential killer thinks that if he tries to go to a school to shoot people, he’ll be riddled with bullets, that can and will deter future attacks. Otherwise, the shootings stand out very much as copycat murders, exploiting the soft targets of gun-free zones.

As those charged with the responsibility of securing our own communities, as parents, we either heed these lessons and secure our schools or our kids could be next. This is a matter every city and town must address, as security is first and foremost the local community’s responsibility.

Compare that solution with those apparent students who organized a national school walkout on March 14. What specific, life-saving proposals did they call for?

Why not? Even if one supported more gun control restrictions, there more than 300 million guns in this country. If every proposal Every Town is calling for was enacted, somebody, whether a police officer or armed citizen, would still be needed to stop a determined killer dead in his tracks.

Nationalschoolwalkout.us, where students can organize their own walkouts — another is planned for April 20 — is even vaguer about what the call to action is, writing, “We’re protesting the violence in schools and the lack of change that has occur[r]ed to stop that. The day is also a time for students to interact on an elevated platform they have never had before. It is a day of discourse and thoughtful sharing. Bringing together communities and students to get a national discussion rolling.”

And if “action” doesn’t happen, the group promises, “we won’t tolerate any more inaction on this issue. And if cowardly politicians fail to act, young people will show them the consequences of letting so many Americans die by voting them out in November.”

So, it’s not about securing the schools, it’s about mobilizing public outrage and generating a get out the vote operation for Democrats. How do we know it’s partisan?

It’s being organized by Indivisible.org, where students can go to organize their own school walkouts. It has published a guide, “Indivisible: A Practical Guide for Resisting the Trump Agenda.” The group is composed of “former progressive congressional staffers who saw the Tea Party beat back President Obama’s agenda.”

You read that right. The group is based on the success of the tea parties in 2009 and 2010. On their site, they write, “Like us, you probably deeply disagree with the principles and positions of the Tea Party. But we can all learn from their success in influencing the national debate and the behavior of national policymakers.”

The agenda is simple. Stall action on President Donald Trump’s agenda in Congress this year, and then vote in the Democrats in November. The walkouts organized after the school shooting in Parkland, Fla. in February was simply an opportunistic reaction by Indivisible and other already-formulated groups.

What issues besides vague “gun control” do they support? Opposing tax cuts, opposing any deal with Trump on DACA, opposing the war in Yemen or any actions against Iran’s pursuit of nuclear weapons, and protecting Obamacare and expanding Medicaid.

So, really, the national school walkouts are a way of building the group’s mailing lists for the big push in November for the Congressional midterms. The group’s website clearly states, “National School Walkout is movement powered and led by students across the country. Event registration and a map of events for the April 20th school walkouts are hosted in-kind by the Indivisible Project team.” Organize a walkout or participate in one put on by Indivisible and you’ll probably be added to their database to receive action alert communications on their wheelhouse of issues.

Responsible school administrators can make up their own minds. But these walkouts are not tea parties being organized by adults in their spare time. They are disrupting educational activities to elect Democrats. It’s absolutely partisan and they should not be occurring during school hours. These events should be cancelled and the organizers looked into for disrupting official government functions like public schools, a punishable offense in most states.

First Amendment rights notwithstanding, time and place restrictions on speech in public schools are there for this very reason, and State attorneys general and the Justice Department, which can look into the fact this is occurring across state lines, should investigate. Local communities need not tolerate their school districts being platforms to elect one political party over another.

In the meantime, while Democrats are busy organizing turnout for the Congressional midterms — which will not stop a single determined killer — communities would be well advised to do the one thing that actually does work. Post guards to secure locations and shoot the killers first. Don’t leave the children defenseless.

“Clear backpacks are the only backpacks that will be permitted on campus,”

In addition to the new backpack policy, students and school staff will also be required to wear IDs at all times while on campus according to a letter sent to parents by Broward County School Superintendent Robert Runcie. As you can see this is focusing the students’ minds on the central tenet of pro-Second Amendmenters: that you can’t punish a group for the actions of one.

Here are the new policies from the schools board: