As of March 31, 2021, more than 552,000 Americans had died of Covid, according to data compiled by the Centers for Disease Control and Prevention (CDC), quite a lot, but the killing did not stop there.

An additional 83,000 Americans died in excess of average mortality on a weekly basis, comparing death rates published by CDC from 2014 through 2021, bringing excess mortality since the beginning of the pandemic to 635,000 since Jan. 2020.

Then, in 2020, with Covid, the average weekly death rate jumped to 64,774. Overall mortality jumped by more than 20 percent in 2020, from 2.84 million to 3.43 million, well above what it would have been simply accounting for the growing population.

Had there never been any Covid, an additional 635,000 Americans would have been alive as of March 31. But it raises an important question, why did an additional 83,000 Americans die during the pandemic on top of those attributed directly to Covid by the CDC? Was it the lockdowns?

In other words, when you subtract out the 414,997 who were said to have perished by Covid in 2020, the total number dead from all other causes still comes to 3.01 million, or more than 6 percent above 2019’s 2.84 million dead. That is the definition of excess mortality, well above the 1.2 percent average annual growth rate of mortality.

Potential causes include deferring medical care during the pandemic, lack of exercise from the stay at home orders, increased depression and anxiety during the lockdowns, etc. In other words, it very well could have been the lockdowns that killed the additional 83,000.

Or it could have been undetected Covid from a lack of testing, a theory being pushed by the Institutes for Health Metrics and Evaluation (IHME), whose press release dated May 6 states, “The main potential increases in excess mortality due to deferred care and increases in drug overdose and depression are hard to quantify at this point or are of a much smaller magnitude. Given that there is insufficient evidence to estimate these contributions to excess mortality, for now we assume that total COVID-19 deaths equal excess mortality… we believe that this is likely an underestimate.”

But that number is almost certainly way too high. Yes, there is excess mortality above what are being counted official Covid deaths. But the total excess mortality reasonably reached 635,000 as of March 31, not 870,000 as IHME suggests, based on the CDC data.

And the cause is as of yet to be determined. It could be undetected Covid that killed the additional 83,000, or it might have been the public and private response to the pandemic, complete with business lockdowns and stay at home orders, that contributed to increases in all other causes of death from deferred medical care, lack of exercise and depression. If so, then there might have been some benefits to waiting out the pandemic, but for the 83,000 additional dead, this was the ultimate price. 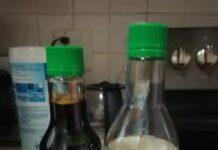