So, today we look at a couple of things that Kentucky politician Congressman Tom Massie has been proven correct about while at the time being derided as a kook and crank.

Anyone who reads SRC knows we have a strong libertarian streak here. We want a very, very small government, adherence to the US Constitution, no or low taxes, no crony capitalism, enforcement of all the laws we have now rather than the creation of new ones to virtue signal, audit the Fed, one-day voting, enforcement of border laws, etc etc etc. We are basically cranks ourselves.

So we love the ballsy commonsense of Tom Massie (Also, Rand Paul and don’t even think of coming at us over Rand’s foreign policy – it played out as he said it would!)

Remember when President Trump denounced Rep. Thomas Massie (R-Ky.) after a report that the congressman could delay passage of Congress’ $2 trillion stimulus package by calling for a vote that requires members to be present on the House floor. He knew that this “stimmie money” would be printed out of thin air and ultimately reward companies like Costco instead of the small mom and pops they shut down during the pandemic. (WEF plan to ax the number of small businesses is bang on track.)

Trump wasn’t often wrong – although he should have cleaned house with the bureaucracy and choked them all out and started over with allies – but he was as addicted to printing money as Obama and Bush before him and he was mad when Massi made waves on March 27, 2020 when he tried to prevent a “voice vote” where none of his fellow House members would have gone on the record to vote on the gargantuan $2.2 trillion spending bill.Instead, he wanted his colleagues to formally cast their votes for or against the stimulus bill, which is the largest spending bill in history. Having politicians on the record would give voters an idea who is in favor of fiscal restraint and who opposes fiscal recklessness.

Thomas Massie, one of the few honest and intelligent politicians left in DC, tried to warn us about the impending disaster of the government’s COVID response over 2 years ago. It hasn’t taken long to prove that he was right and everyone else was wrong. @RepThomasMassie https://t.co/2Qh3vT4Vw7

And now, Tom’s at it again. The left is turning a blind eye to good guys with guns.

Rep. David Cicilline (D-R.I.): “I don‘t think there is a single incident, and maybe there is one, but I have not found one, of an assailant using an assault weapon that was stopped by a person with a gun. Maybe there’s one.” pic.twitter.com/8sXv4qESqQ

“I don’t know if they’re just in willful ignorance of what happens in this country or they’re being deceptive today, but I’d like to introduce into the record a list of cases where concealed handgun permit holders have likely stopped mass public shootings” https://t.co/emJo9FRlkP

If you’ve never read the entire transcript of a debate, this is a doozy. It’s the PROTECTING OUR KIDS ACT; Congressional Record Vol. 168, No. 98 held (House of Representatives – June 08, 2022)

And on food and cronyism…

99% of the food sold at grocery stores is illegal to sell at farmer’s markets!

Big corporations like it this way and they’ve convinced many of the public, and even some farmers, that the government does this to protect you. 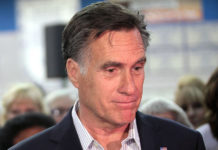 Senate Slams Door on Religious Tolerance in the USA.